Shinsegae Duty Free and The Shilla Duty Free will fight out the contest for two Incheon International Airport Terminal 1 duty free contracts on offer, despite rival Lotte Duty Free tabling the highest bids in each case.

The tenders followed incumbent Lotte Duty Free’s resignation from both concessions in February.

While Lotte Duty Free submitted the highest offers for both packages (see figures below), Incheon International Airport Corporation opted to shortlist only Shilla and Shinsegae. The two retailers must now table their business plans to Korea Customs Service and Incheon International Airport Corporation by 5 June. A winner will be selected in mid-June.

A Shinsegae Duty Free spokesperson confirmed the shortlist to The Moodie Davitt Report. A Lotte Duty Free spokesman said the company was “despondent”, given that it had tabled the highest bid.

Some Korean duty free market sources expressed shock at the result. One veteran retailer told The Moodie Davitt Report, “Lotte must have been penalised for dropping the [former] concession in the mid-term. Yet as evaluations are based 60% on the business plan and 40% on the monetary offer, it is not easy to understand that Lotte did not qualify… especially as it had paid a KW187 billion penalty (for its premature exit).

“There is no specific regulation or degrading for a company which gives up a government concession in the mid-term.”

One source told The Moodie Davitt Report, “The most probable scenario is that the licence evaluation committee of Korea Customs Service will award DF1 to Shinsegae and DF5 to Shilla in order to avoid potential monopoly issues [as Shilla also holds the rest of the airport’s P&C business reserved for major retailers -Ed].”

Not surprisingly, Shilla is known to dispute that position. Korea’s Fair Trade Commission will not have a problem with the proposed structure, sources close to the company believe. Shilla could reasonably point to many other international airports which have a single retailer for one category (or in fact for all categories), the sources contend. 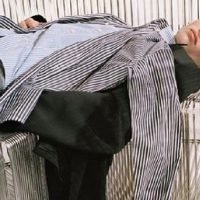 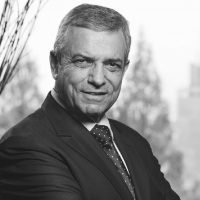 INTERVIEW with Daniel Mayran : Luxury is in the white glove service