South Korea’s five newly licensed duty-free stores in Seoul are seeing steady improvements in their daily revenue, with HDC Shilla and Hanwha in the lead so far, the companies said Tuesday.

HDC Shilla said its new duty-free store in Yongsan has been racking up some 1.1 billion won ($925,000) in daily sales since April. It opened on Mar. 25 as the first of the five new stores permitted to begin business this year.

“When our store first opened, our daily sales reached about 200 million won. Since then, our daily sales have surged to about 1.1 billion won in just months,” HDC Shilla spokesperson Yeom Chang-sun told The Korea Herald.

“At this rate, we expect to be posting some 2 billion won in daily sales by the end of this year,” he said, forecasting about 500 billion won in annual sales for 2016 and 1 trillion won for 2017.

HDC Shilla — a 50:50 joint venture between Hotel Shilla and Hyundai Development — plans to capitalize on the top-class luxury brands it will be offering, Hotel Shilla’s duty-free business know-how and its locational advantages in attracting more foreign tourists to its tax-free shop, Yeom said. 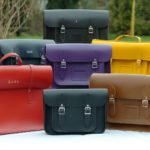 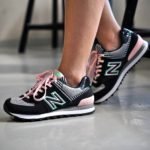 How new balance ran into a wall in China