Retaliations by Beijing for Thaad seem to be easing

Since the Moon Jae-in government kicked off, Beijing has been easing up on retaliatory measures for Seoul’s deploying of U.S. antimissile system.

According to Korean news reports, Chinese custom authorities have reduced the number of Korean products being sampled for import approvals to the level before the decision to deploy the Terminal High Altitude Defense (Thaad) system was made last summer.

After the Park Geun-hye administration decided to allow a Thaad battery to be set up in the southern region of the country, Beijing intensified inspections of Korean imports, which led to bans of several food items and cosmetics goods.

Although it never officialy acknowledged that the inspections were retaliation measures for the Thaad deployment, the cause-and-effect phenomenon was understood.

Other noticeable improvements have taken place in the entertainment field. Popular Korean group Big Bang has reappeared in Chinese online commercials, after being missing for a few months. Shows which were not aired on TV because of featuring Korean actors are now being considered for release in the second half of this year.

Although no Korean celebrities have yet appeared on Chinese TV or in televised advertisements recently, the lifting of that unofficial ban on Korea-related content seems to be taking place.

Lotte Mart announced last week that its website in China, which was forced by the government to shut down in March, has reopened.

“Since the new Korean government came in, a momentum is being felt in China over improving a relationship that seemed to have been heading toward a dead end,” said an official at the Korea Trade-Investment Promotion Agency’s Beijing office. “Although it has only been two weeks since the Moon administration started; and that more time is needed to expect actual changes, signals from the Chinese government have been changing favorably, and business sentiment seems to follow that of the government.”

The Kotra official said retribution for the Thaad deployment was also felt in Chinese investments.

“Chinese investors who previously had interest in investing in Korean businesses held back their decisions since Thaad,” the Kotra official said. “The situation hasn’t improved drastically but they are now in a situation where they can start considering opening up.”

In March, the Industrial Bank of Korea released a report estimating that Korea would likely suffer losses worth US$20 billion if the Chinese government deepened its retaliations for the Thaad system.

The industries hurt the most are the Korean duty-free and tourism industries, where revenues would shrink to US$11.7 billion compared to the previous year, IBK predicted, while manufacturing exports would see a drop of US$8.3 billion. Cosmetic companies could suffer losses amounting to US$1.4 billion.

Although the situation seems to be slowly resolving itself, some remain skeptical.

“We’re still not at a stage where we can say that the situation has ‘improved’, since we haven’t received any detailed messages or notifications from the Chinese government,” said a Lotte Group official.

“Eighty-seven of our branches are still closed [for alleged fire code and other safety violations],” said a Lotte Mart official. “We are continuously requesting a revaluation of our safety violations but the Chinese government remains silent. Since our businesses have been suspended we haven’t seen any improvement.” 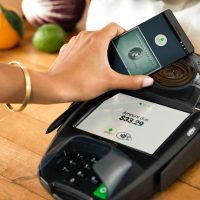 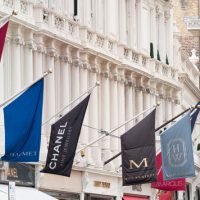