Some major retailers are scrambling to work out contingency plans to get their merchandise to stores as the bankruptcy of the Hanjin shipping line has thrown ports and retailers around the world into confusion.

They don’t have a lot of time. Giant container ships from the South Korean-based Hanjin shipping line are marooned with their cargo of what experts say are lots of TVs and printers, but also loads of home furnishings and clothing.

Hanjin, the world’s seventh-largest container shipper, filed for bankruptcy protection Wednesday and stopped accepting new cargo. With its assets being frozen, ships from China to Canada were refused permission to offload or take aboard containers because there were no guarantees that tugboat pilots or stevedores would be paid. It’s also been a factor in shipping rates rising and could hurt some trucking firms with contracts to pick up goods from Hanjin ships.

The South Korean giant represents nearly 8 percent of the trans-Pacific trade volume for the U.S. market. While some retailers may already have merchandise for the holiday season affected, experts say what’s most important is that the issue be resolved before the critical shipping month of October.

As of Friday, 27 ships had been refused entry to ports or terminals, said Hanjin Shipping spokesman Park Min. The Seoul-based company said one ship in Singapore had been seized by the ship’s owner.

October is the busiest month for cargo from South Korea to the U.S., accounting for about 11.5 percent of the annual total.

But South Korea’s maritime ministry said Hanjin’s troubles would affect cargo exports for two to three months, given that August-October is a high-demand season for deep-sea routes. 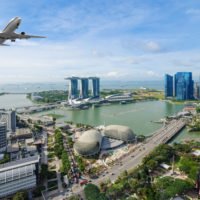