Mercedes-Benz has successfully defended its dominance as the largest foreign car seller in the Korean imported car market for four straight months in September 2017.

But, the BMW 520d has held the lead as the best-selling model for two consecutive months after it snatched the crown from Mercedes-Benz’s E-Class sedan in August 2017.

According to the Korea Automobile Importers and Distributors Association (KAIDA) on Oct 13, a total of 20,234 imported vehicles were sold in September, up 20.6 percent from a year ago and 15.3 percent from a month ago.

Land Rover was the most noticeable among them as it has moved up four notches to the third largest seller only in a month thanks to the Discovery Sport TD4 that sold 600 units.

The share of imported vehicles in the Korean passenger car market rose to 15.1 percent in the first nine months of the year from 14.6 percent during the same period last year, an association spokeswoman said. 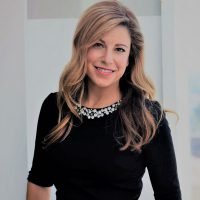