According to the French luxury brand on 11 December 2017, a Louis Vuitton store specializing in men’s fashion items was opened on the sixth floor of Shinsegae Department Store‘s main branch in Seoul last week. The department store will accommodate a renovated store featuring women’s collections as well on the ground floor next week.

The international fashion house will also open a brand new store focusing on men’s collections at Galleria Department Store’s East Wing and a renewed women’s store in the store’s West Wing this month.

Its Korean subsidiary said it divided the stores to offer clients a unique and personalized shopping experience.

Some observers regarded the company’s recent decision as a strategy to recover from its declining sales here by attracting male customers, who have emerged as big players in the nation’s luxury market.

According to Reebonz Korea, a local subsidiary of the Singaporean-based online platform for luxury products, sales of men’s items rose 96 percent year-on-year in the first half. Sales of men’s luxury products have also increased in other online market places, such as Auction, Gmarket and 11st.

Louis Vuitton and other global luxury brands are therefore making every effort to satisfy demand, so as to overcome slumps in sales. According to industry officials, Louis Vuitton’s sales growth has been decreasing at major department stores in Korea for years.

Fendi, an Italian luxury fashion brand, also opened a store specializing in men’s items for the first time in Korea in September at Men’s Salon on the sixth floor of Shinsegae’s Gangnam store. Christian Louboutin, an international luxury brand known for high heels, revamped the first basement of a flagship store in Cheongdam-dong to sell men’s products.

Given that Louis Vuitton has not unveiled its business performance in Korea, it is unknown exactly what its sales growth was after the latest renewal.

However, sales of men’s items at Shinsegae’s Gangnam branch doubled after the renewal of Men’s Salon consisting of several luxury brands, such as Louis Vuitton, Berluti and Lardini. Among the brands, Louis Vuitton has maintained the top spot in terms of sales, according to industry officials.

Thierry Marty, the CEO of Louis Vuitton Korea, said the luxury brand will push ahead with renewals at its nationwide stores to provide personalized services for customers, so the number of separated Louis Vuitton stores is expected to increase. 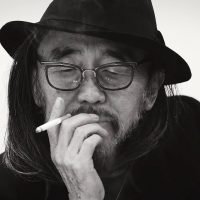 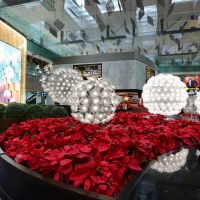