“Lotte Duty Free is to exit several of its Incheon International Airport Terminal 1 duty free concessions, but will maintain its core liquor & tobacco business. The company cited the “burden of rent increases” following the sharp downturn in Chinese tourists in 2017 amid the THAAD dispute with China.

Lotte Duty Free said it decided “to continue its operation of the liquor & tobacco concession at Terminal 1 despite the deficit, to minimise the damage for IIAC and the inconvenience of passengers”. The liquor & tobacco licence (DF3) covers five stores.

If the notice of termination is accepted by the airport (expected in March), Lotte Duty Free’s contract will run for 120 more days beyond that point before operations cease.

Lotte Duty Free said that its stores at Incheon Airport have recorded losses of 200 billion won (US$184 million) since 2016. The contracts would run up a deficit of 1.4 trillion won (US$1.3 billion), it claimed, if the stores continued to operate for the full term in 2020.

In a statement, Lotte Duty Free said it had calculated its 2015 bid for the Incheon T1 concessions on a sharp rise in Chinese tourism, which at the time was surging at a rate of close to +50% per year.

“However,” it added, “since the Chinese government’s sanctions on group tour visits to South Korea due to the deployment of the THAAD anti-missile system last March, Lotte Duty Free has experienced severe economic hardships. The number of Chinese tourists has dropped by half [see table below for confirmation -Ed].

“In addition, the duty free industry in South Korea became more competitive as the South Korean government issued four additional downtown licences and three of those operators will open their stores by the end of this year.” A rise in licence fees related to its downtown business, imposed last February, has also resulted in higher costs, Lotte noted.

As reported, last November Lotte Duty Free filed an unfair trade practice complaint with the Fair Trade Commission over its duty free concessions at Incheon International. The company had been seeking rent relief on its contracts, but this was rejected by IIAC. A Lotte Duty Free spokesperson told The Moodie Davitt Report today that the case has now been referred to Korea’s Fair Trade Mediation Agency, but said it is not clear when a result will emerge.

Lotte Duty Free said it plans to reassign all staff (around 100) in the affected stores to other Lotte Duty Free branches, mainly at Incheon T2 and in its downtown stores. It will hold a meeting with workers in March and complete its reassignment plan by May. It said it would work closely with the incoming retailer to ensure a smooth transfer of brand owners’ staff.

Lotte Duty Free said the move would result in an “improved profit structure”, allowing the company to focus on “reinforcing its downtown business and expanding its overseas business”.

In its statement, Lotte Duty Free emphasised the growth opportunity in Vietnam. It opened its first airport store in Da Nang last year and will open a further outlet in Nha Trang Airport in April, through its joint venture Phu Khanh Duty Free. The company said it planned to build on its presence in the country. 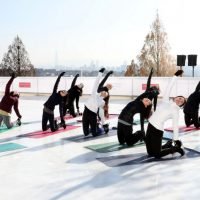 EXCLUSIVE INTERVIEW with lululemon
Next Article 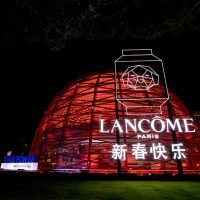