Law closes in on corruption and bribery in South Korea

This is the first jail sentence delivered by the court in its long running and wide ranging investigation into cash for favours, which originally alleged the involvement of some major South Korean multi-national companies.

Choi Soon-sil was found guilty of ‘requesting’ multi-million dollar contributions from several large Korean companies in return for business favours – some alleged to relate directly to the duty free business.

Choi’s ‘requests’ for multi-million dollar contributions for two charity foundation organisations were made to the Lotte Group, Shinsegae and several other companies, including Samsung, Hyundai, SK Group and the LG Group.

As reported by TRBusiness last month, prosecutors have since dropped the charges against all these companies, apart from the Lotte Group.

Its Chairman, Shin Dong-bin, has been charged with allegedly providing the equivalent of $6m-worth of funds to the K-Sports Foundation – via Choi Soon-sil – although he vigorously denies the allegation and is not being held in custody.

As has been well documented, Choi ‘served’ as an unofficial adviser to President Park for many years.

However, she has paid a heavy price since she was arrested and taken into custody several months prior to President Park’s March impeachment.

Weeks of unprecedented street protests then precipitated Park’s impeachment after she refused to resign. While Park continues to protest her innocence to this day, she continues to face multiple charges along with Choi, although the latter has now begun her jail term.

All of this fall-out continues to rain down at the same time that the new incoming President Moon Jae-in has been trying to address serious issues facing the country.

These include China’s trade sanctions on South Korea and its ‘no-Chinese tour group’ travel ban which is choking the country’s $8bn annual duty free business.

As noted previously, this relates to the deployment of US-supplied mobile THAAD missile launchers in Seoul which are designed to protect South Korea from North Korean aggression.

China objects to THAAD as it claims the ‘far reaching’ radar system is able to spy on its own military operations.

Meanwhile, the Moon administration has promised to hold imminent talks with Beijing to try to resolve this crisis and has only recently stopped the installation of a further four missile batteries until these discussions have been held.

This article has been written by Doug Newhouse, Editorial Director of TR Business. 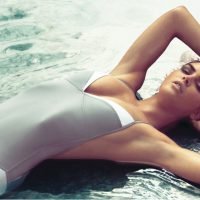 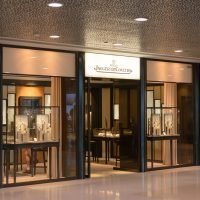