Korea’s food and beverage companies give up on TVs

Food and beverage companies in Korea have been reducing spending on TV commercials, while mobilizing resources to promote their products on YouTube to reach increasingly digital-savvy young consumers, according to industry officials.

The transformation is intended to attract millennials and Gen Z, who use social media as primary tools to learn about products.

According to Korea Broadcast Advertising Corporation (KOBACO) data, the Korea Advertising Index (KAI) for food and beverages shown on TV in August was marked at 84.6.

A KAI reading below 100 reflects that sponsors are likely to reduce their spending on advertising, while a reading above 100 signals they are willing to increase spending on the platform.

By medium, broadcast advertising lost ground. Terrestrial television, in particular, suffered the most at index 84.6, while cable TV was at 87.2, newspapers at 94.9, and radio at 89.7.

In contrast to the overall decline, however, online and mobile advertising prospered with KAI index at 112.8. The figure suggests that companies are likely to increase their spending on mobile ads in the following months.

Binggrae has enjoyed brisk sales of its flagship “Super Cone” ice cream by featuring football star Son Heung-min. Although the commercial did not appear on three major terrestrial television channels, it went viral online, exceeding 1.2 million views on YouTube within two weeks of its launch.

“Millennials scroll through social media or watch videos on YouTube. We have come up with a catchier jingle and developed diverse content to draw in more viewers through online marketing,” a Dongwon F&B official said.

“Young people are abandoning traditional broadcasting. Instead, they are moving to mobile content,” an SPC official said.

“We have already cut down advertising on terrestrial TVs because they are no longer efficient compared to 10 years ago. To increase brand awareness and promote products, it’s wiser to use rising platforms like YouTube,” the official continued.

Lotte Confectionery has been expanding its social media PR and marketing to target the younger generation. The company operates its own YouTube channel to promote Lotte Xylitol Gum.

The commercial, starring veteran actor Lee Soon-jae, is not for terrestrial TV, but made solely for online. 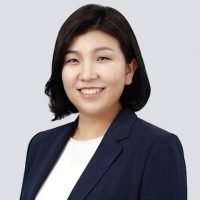 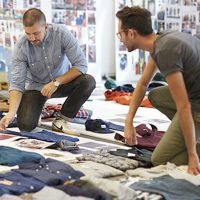