South Korea’s exports of cultural products have dropped for two straight months, central bank data showed, possibly due to the aftermath of a clampdown by main importer China.

South Korea’s exports of cultural products such as TV programs, music, movies and performance guarantees in October declined 21.7 percent from September to reach $51.5 million. It marked a second consecutive monthly fall and the smallest monthly total in 13 months.

While statistics from the central bank do not provide a regional breakdown for the exports of cultural products, China is considered the biggest factor in the decline.

China is thought to have unofficially banned Korean cultural products and celebrities from appearing on TV and online since July, when the Korean government decided to deploy the Terminal High Altitude Area Defense, a US missile defense system.

Experts and businessmen expressed concerns that such supposed ban Korean cultural products in addition to other measures, such as limiting the number of tourists to Korea, would have a long term negative impact on Korean businesses in China.

“With a lot of cultural products banned, it makes it more difficult to do marketing and business in China.” Lyan Chang, a business consultant who specializes in Chinese businesses told The Korea Herald.

“What’s more, the restrictions come along with the waning power of K-pop content while China is trying to strengthen its cultural power.” 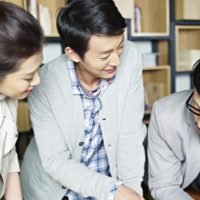 Japan's frugal millennials a bad omen for its economy