LVMH-owned private equity fund L Capital Asia and CLIO signed an agreement on the investment and its terms during a ceremony in Singapore on July 22, the Korean cosmetics firm said Monday.

Under the agreement, CLIO will complete its initial public offering by the end of this year and issue redeemable convertible preference shares, which will later be claimed by L Capital Asia.

With the newly secured capital, the Korean cosmetics maker is looking to drive up its presence in China and new markets in Southeast Asia.

“In partnership with L Capital Asia, CLIO will swiftly expand our sales channels in overseas markets and pursue innovative technologies to step up as a leader in the global cosmetics market,” CLIO chief executive Han Hyun-ok said in a statement.

The Korean cosmetics maker, which currently operates some 90 CLIO brand stores in Korea, opened its first CLIO store in China in May. It plans to open 40 more stores in China by the end of this year and expand its sales routes in China as well as Southeast Asia. 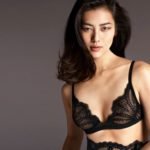 The battle over China's high-end lingerie market
Next Article 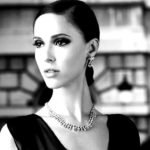