Korean retailers to focus on men

Shinsegae Department Store will open a Gucci Man and Dior homme in June and July.

Lotte Department Store is also promoting ‘Louis Vuitton Man’ and ‘Gucci Man’ in line with the reorganization of stores this fall.

Korean retailers are actively targeting men’s luxury goods market as men’s luxury market is growing faster than other fashion segments in the market.

Luxury goods in Shinsegae Department Store this year increased by16.5 percent, which is much higher than that of women’s wear (2.4 percent) and men’s wear (7.5 percent). Men’s luxury goods rose by 39.2 percent.

In addition to exclusive luxury stores, there is also a fierce competition to attract men’s multi shops. It is a strategy to increase the number of different multi shops to aim at the younger generation who are looking for a unique product.

In 2013, Lotte Department Store opened its first ‘Eli’den men’, targeting to male consumers in their late 20s and 30s. The ‘David Collection’, which is multi shop specializing in men’s apparel and articles in 2014, and ‘Men issue’, a men’s shoe editing shop in 2015 are attracting a mania.

Shinsegae Department Store has men’s exclusive multi shops “BOONTHESHOP” in Gangnam store, Busan Centum City store, and Daegu. Sales of over 100 brands such as vêtement, ‘Lardini’, ‘Off White’ and ‘Marni’ were higher than expected, which is 31.7 percent up from the same period last year.

According to an industry officer, “Grooming men who open their wallets for their own looks and fashion, mainly in their 30s and 40s, are increasing,” he said. “We plan to expand contemporary men’s products “He added. 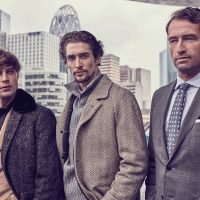 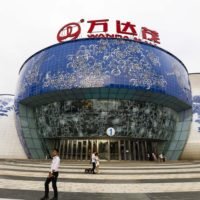