The company currently runs 48 branches of the womenswear brand and aims to post 40 billion won (US$35 million) in sales from the 51 stores in 2017, it said.

Together with G-CUT, which opened its ninth store in China last year, Shinsegae International said its goal is to rack up 150 billion won in the neighboring market in 2020.

The upmarket French department store is the largest chain of its kind in the European country and is famous for selling numerous designer labels that are favored by customers with deep pockets.

The fashion division of Samsung C&T Corp., the de facto holding company of Samsung Group, is also revving up efforts to expand its presence abroad, opening branches at department stores in New York and Hong Kong.

This would mark the fourth consecutive year of single-digit growth for the fashion industry, causing many industry watchers to view it as an effective slowdown. The market expanded 11.8 percent on-year in 2011. 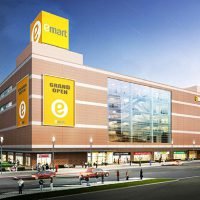