Korean duty-free shop license extended by up to 15 years

Duty-free shop operators will be allowed to maintain their business licenses for up to 10 years instead of the conventional five-year limit, a related government task force said.

“While the license period will be maintained at the conventional five years, conglomerates are to be permitted for a qualification renewal (for another five years),” Yoo Chang-jo, chairman of the task force for improving the duty-free shop system, said in a press briefing.

SEE ALSO : How much is Duty-free industry worth?

The special task force, consisting mostly of experts from academia, kicked off in July last year after the Board of Audit and Inspection said that the number of in-city duty-free shop licenses soared upon the order of former President Park Geun-hye.

“This new rule is to take retroactive effect on incumbent operators, as it is about improving the current licensing system,” Yoo said.

Small and medium-sized operators will be allowed up to two consecutive renewals, in which case they may run their businesses for a maximum of 15 years, according to officials.

Currently, only SME operators are allowed a one-time renewal of their five-year licenses. The restriction, despite its purpose of preventing market monopoly, has come under fire for its lack of efficiency due to the frequent change of players.

“The core goal is to create jobs, promote the country’s industrial competitiveness and to support small-sized businesses, by revitalizing the duty-free and tourist businesses,” the chief explained.

Under the new rules, operators may also apply for new licenses when either the number of inbound tourists in their administrative district increases by 300,000 or more from the previous year, or their three-year average sales achieve on-year growth of 10 percent or more.

“We plan to establish an operating committee to flexibly accommodate changing industry situations, as the number of tourists and the duty-free market situations may be volatile,” Yoo said.

The final proposal on duty-free operator management will be submitted to the Ministry of Strategy and Finance, according to officials.

Concerning the license period, the team reviewed various options including registrations and auctions, but settled with a partial alleviation of the conventional licensing system.

Meanwhile, major duty-free operators — Lotte, Shilla, Shinsegae, Doosan — are set to bid for a license for the Incheon Airport terminal one sector, where Lotte Group renounced operation in February, citing excessive rental fees and a sharp fall in sales after China’s tourist ban on South Korea in 2017.

The final operators will be selected by Incheon International Airport Corp. and then confirmed by the Korea Customs Service by mid-June, according to officials. 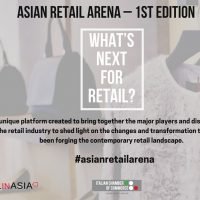 EXCLUSIVE : Have you missed the 1st edition of the Asian Retail Arena?
Next Article