Duty-free sales set a record in February, in part due to holidays that fell during the month, according to data provided by the Korea Duty Free Shops Association.

Despite February having only 28 days, Korea’s total duty-free sales reached 1.74 trillion won (US$1.56 million) that month, setting a record for the second consecutive month after sales in January came in at 1.71 trillion won.

February sales were helped by the Lunar New Year and Valentine’s Day holidays, according to industry sources. Lunar New Year ran for a week, from Feb. 4 through Feb. 10.

February’s increase came despite the Chinese government’s implementation of regulations against so-called daigou shoppers – or bulk resellers – who buy and sell international products on behalf of customers in China. They frequently travel to Korea and Japan to bring back a range of products, from cosmetics to luxury goods.

In January, the Chinese government implemented a new e-commerce law that levies taxes on daigou shoppers, a move that was expected to affect duty-free sales.

“The effect of the e-commerce law seems to be minimal as of now,” said a source from the industry. “The related tax laws are said to be not yet clear, and the government crackdown is not that intense. Though we had thought the Chinese e-commerce law would affect our performance, our sales in fact are on the rise.”

Another industry source cited the offering of high-end products at low prices as a reason for the continued strength of Korean duty-free shops.

Last year, Korea’s duty free sales hit an all-time high of US$17.24 billion, a 35-percent year-on-year increase. The record-breaking performance was achieved even after the deployment of an advanced U.S. missile defense system in Korea resulted in political tensions and a slump in the number of Chinese tourists visiting the country. 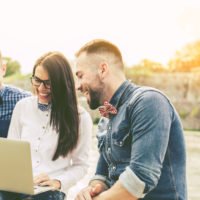 How do rich Millennials spend their money?
Next Article