The Korea Sale Festa beginning Sept. 28 will fail to fulfill its aim of boosting consumption and helping small- and medium-sized enterprises (SMEs), as a growing number of retailers and consumers have turned away from the government-initiated discount event.

Since 2016, the government has hosted the Korean version of Black Friday to stimulate domestic consumption.

However, consumers have pointed out low discount rates and the poor quality of products sold during the event.

Retailers have also complained about the ineffectiveness of the event. “Department stores and discount chains regularly hold discount events, so their sales do not grow significantly during the Korea Sale Festa,” a retail industry official said.

Amid the growing criticism, the government even cut the budget for the event and its duration.

According to Rep. Yoon Han-hong of the main opposition Liberty Korea Party, the Ministry of Trade, Industry and Energy will spend 3.45 billion won (US$3 million) on the Korea Sale Festa this year, down from 5.1 billion won last year.

In particular, the budget for traditional markets and SMEs decreased to 1.3 billion won from 2.77 billion won, while that for the promotion of the event is 2.15 billion won, down from 2.32 billion won.

Most of the 2.15 billion won has been used to cast SHINee’s Choi Min-ho as spokes-model for the Korea Sale Festa, and entertainers who will perform on the eve of the event. They include Red Velvet, EXO, NCT 127 and several other singers and comedians.

The length of the Korea Sale Festa has also been shortened to 10 days this year from 34 days last year.

Given that the event will be held after the peak shopping season of the Chuseok holidays, SMEs and vendors at traditional markets will face difficulties in boosting sales.

Against this backdrop, the number of companies participating decreased to 231 this year from 446 last year, as a growing number of retailers, hotels and restaurants declined to offer discounts.

“Despite the recent slump in domestic consumption, the trade ministry does not pay any attention to the Korea Sale Festa, as it focuses only on the shutting down of nuclear power plants,” Yoon said. “The government should come up with measures to boost consumption and support SMEs.”

The ministry decided to spend 2 billion won on the Korea Sale Festa next year, down 1.45 billion won from this year. Some observers expect the Moon Jae-in administration will move to abolish the event initiated by the previous Park Geun-hye administration. 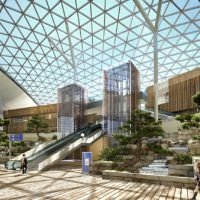 Duty-free on arrival set for Incheon next year
Next Article 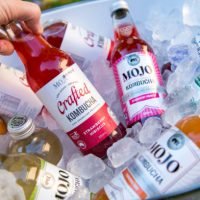