An on-site Request for Proposals orientation for prospective bidders will take place in coming days, we understand. Tenants are expected to take over the current Lotte Duty Free space in July 2018 for a new contract term of five years.

IIAC is understood to have revised the tender conditions, combining the previous three packages into two. Single bidders can apply for both packages.

The new tender will combine P&C (DF1) and ‘all categories’ (DF8) into one package. Leathergoods and fashion accessories (DF5) remains a separate opportunity. By combining DF1, which has higher potential spend per passenger (SPP) and sales volume, with DF8’s lower potential SPP and sales, the airport company aims to create a more attractive proposition for bidders.

The Shilla Duty Free, Shinsegae Duty Free and newcomer Hyundai Duty Free are likely contenders. Lotte Duty Free could bid again depending on how the tender is structured.

As reported, Lotte Duty Free quit its non-liquor and tobacco contracts after failing to renegotiate concession terms. Its heavy, back-loaded T1 fee structure was pivotal to a -99.25% collapse in 2017 operating profits to just KRW2.5 billion (US$2.38 million) in 2017. The retailer blamed the dire performance on plummeting sales from the crucial Chinese tourist market due to the THAAD dispute and the escalating Incheon concession fees.

In April, rival South Korean travel retailer The Shilla Duty Free reached an agreement with IIAC to cut the retailer’s concession fees for its duty free contract at T1 by -27.9%. This broadly reflects the dilution of T1 traffic to the new T2. Shinsegae Duty Free has also agreed to the terms, the company confirmed to The Moodie Davitt Report today.

By allowing bidders the opportunity to win both packages – permitted for the first time since the airport’s opening in 2001 – IIAC hopes to avoid a repeat of the T2 luxury boutique and fashion accessories tender in 2017. On that occasion the tender failed on multiple occasions to draw interest due to a perceived excessive cost of entry.

However, if a single bidder wins both contracts, sources say that the Korea Fair Trade Commission could object. The regulatory body criticised IIAC for awarding Lotte Duty Free the exclusive contract to operate liquor and tobacco between 2008 and 2014. Therefore, from 2015, IIAC opened the tender process to multiple retailers for each category.

The tender evaluation will be assessed according to a a 60:40 weighting of bidders’ technical proposals and financial proposals. 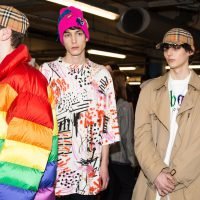 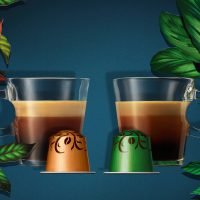 EXCLUSIVE INTERVIEW : Nespresso and the growing coffee culture
Featured Articles of the Week
Contributor 1 week ago