How is the annual exports performance in Korea?

South Korea is likely to see its worst annual exports performance this year since the global financial crisis, economic reports showed, due to the global trade slowdown and a slump in the semiconductor market.

The value of South Korean goods exports is expected to plunge 10.2 percent on-year in 2019 on a customs clearance basis, according to Bank of Korea, the worst drop since 2009 when the country suffered 13.9 percent decline.

Experts said reduced global trade volume, sparked by the US-China dispute, and a slump in the semiconductor market are dragging down South Korean shipments this year.

The World Trade Organization recently said global merchandise trade volumes are expected to rise by only 1.2 percent in 2019, a sharp cut from its previous forecast of 2.6-percent growth.

“South Korea’s exports declined sharply due to the slump in semiconductors and drop in international oil prices. The rate of decrease can be temporarily lower in the first half of 2020, but overall, exports are likely to remain stagnant,” said Lee Geun-tae, a researcher at LG Economic Research Institute.

The situation is not likely to change even accounting exports in real terms, which eliminates influences from price changes.

BOK estimated a 0.4-percent decline in this year’s real merchandise exports, the worst drop since 1.9-percent fall in 2001 when the economy was hit by the so-called dot-com business bubble.

Market watchers expect South Korean exports to rebound next year, but are split on when the country could see a positive turnaround in shipments.

“South Korea’s exports performance will improve if the global economy gets better. But uncertainties are high regarding the bottom point of the export economy and how much exports will rebound,” Choi Woo-jin, a researcher at KDI, said. 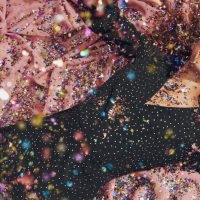