Kering, which changed its name from PPR in 2013, is the French luxury goods holding company owner of more than 20 luxury sport and lifestyle brands including Gucci, Bottega Veneta, Saint Laurent Paris, Balenciaga, Brioni and Puma, which are sold worldwide,.

Chairman Chung Ji-sun did not meet Pinault, due to a scheduling conflict.

Observers are paying attention to Pinault’s visit, which is only a week before new duty-free store operators are named, Dec. 17.

Some sources anticipate Pinault and Korean retailers will discuss offering Kering’s luxury brands at the stores.

However, candidates for duty free store cannot name what was not included in their business proposals submitted in October, during their final presentations.

Other observers therefore believe Pinault’s visit is not related to duty free stores.

Those observers say Pinault was here to talk with Korean retailers, so Kering’s brands can expand their presence here and in other Asian countries, especially China.

With rapid sales growth, Asia has recently been in the limelight among global luxury brand retailers.

Arnault also came to Korea last year for the opening celebration of The House of Dior, a flagship store in Apgujeong. 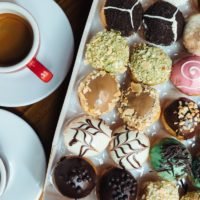 J.CO brings coffee and donuts back to Hong Kong
Next Article 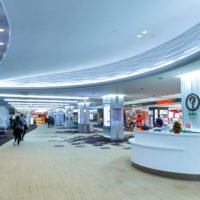