From K-Pop to fried chicken: How South Korea became a trendsetter

How did a country with a relatively small population, living in an area only a little bigger than Indiana, become a popular culture giant, influencing global habits from hairstyles to fried chicken?

Euromonitor’s experts have studied South Korea’s outsize impact on consumer goods, discovering the strategies that pushed the Asian nation to the forefront of cool and supported the sales of its consumer products.

Product placements in trendsetting Korean dramas has helped boost sales of everything from food such as fried chicken to beauty products.

“The most unique and interesting strategy for South Korea manufacturers and government is South Korea’s pop-culture, from the hit song, ‘Gangnam Style’ to the latest popular drama series, ‘Descendents of the Sun’,” wrote Singapore-based Euromonitor International research manager Warangkana Anuwong.

“K-Pop has increased awareness regarding Korean products and lifestyles among audiences around the world. This soft approach has helped the Korean government set up companies and brands to succeed in other countries, since consumer demand is already prevalent globally,”

Asian countries are the top choices for South Korean companies to expand into, with emerging market Vietnam topping the list as only few international brands have set up shop in the Southeast Asian nation so far.

About 33 percent of the 400 South Korean companies Euromonitor surveyed said they had expanded their brands into Vietnam. Other developing economies also feature heavily in the top 10 list for South Korean companies. These include Indonesia, the Philippines, Thailand, Malaysia and Russia.

South Korea’s rise to pop culture cool is backed by heavy investment by the government. Just last week, president Park Geun-hye attended a K-pop concert as part of a state visit to France.

South Korean companies invest heavily in product development, such as cutting-edge technologies in consumer tech, and new beauty packaging systems, such as the compact cushion sponge that has been adopted by beauty giants like the L’Oreal Group.

Beauty companies such as AmorePacific and LG Household and Health Care thrive on short product-development cycles in order to keep up with the latest trends, such as stamping Line characters on packaging and plastering gingerbread men on products over the Christmas season.

While Korean pop culture may be successful in penetrating certain markets and consumers groups, companies are quick to customize products to cater to certain markets.

Samsung, for instance, offers different apps for its smart TVs in the UK, France and Germany.

A smaller example is kitchenware company PN Poong Nyun, which in 2013 launched a line of frying pans specially made for cooking everyday Indian dishes such as curry and naan. Two months after the product launched, the company had 10,000 of the pans. Vending machines are the new retail frontier
Next Article 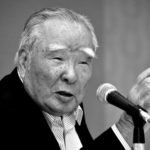 Suzuki to step down as CEO, Honda to quit over fuel-testing scandal