The travel retail sector got off to a strong start in January as Chinese and Japanese visitor numbers surged and duty free spend per head rose 10.1 percent to KRW933,084 (US$833). The total duty free market rose 10.5 percent year-on-year to US$1.53 billion, we can reveal.

Travel retailers, brands and the investment community are watching the early 2019 market performance closely to monitor the impact of China’s new e-commerce law introduced on 1 January. The revised regulations are in part designed to curb the flourishing daigou business (particularly important to Korean duty free but also a factor for many other travel retailers around the world serving Chinese passengers).

So far, buoyed by strong visitor figures and the positive effect of pre-Chinese New Year shopping, no tangible impact has been identified in South Korea, according to local sources.

Chinese arrivals rose 28.7 percent year-on-year in January to 392,814, according to Korea Tourism Organization figures. That represents a 35.6% share of total inbound travellers.
While that’s an encouraging start to 2019, the comparison base month of January 2018 was affected by the then-unresolved row between South Korea and China over the former’s deployment of US anti-missile system THAAD.

“So far, so good” but uncertainty over Daigou business grows

According to Korea Duty Free Association figures seen by The Moodie Davitt Report, there were a total of 4.3 million visits (including multiple visits by individual travellers) to the country’s duty free shops in the month, a mere 0.1 percent increase year-on-year. But spend per head soared and therefore sales increased by a much higher rate, according to a senior retail source.

The Korea Herald reported that sector giant Lotte Duty Free posted a 20 percent year-on-year rise in sales at its Myeong-dong, Seoul flagship in January, suggesting that the daigou business is still prospering.

However, considerable uncertainty lingers over the future of this unofficial resale channel into China. A leading retailer told The Moodie Davitt Report, “Many worry that from the second quarter of this year the Chinese e-commerce law will be enforced at a more practical level and it will influence sales more visibly.”

According to another source, other key issues for Korean travel retail this year include the introduction of arrivals duty free stores, and controversial government plans to create more duty free licences this year. 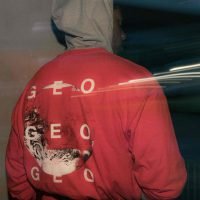