China’s South Korea travel ban: what you need to know

After months of aggressive rhetoric from China against South Korea’s intended deployment of the U.S. THAAD anti-ballistic missile defense system, the deployment has now begun, and China swiftly retaliated against South Korea with a tourism ban. The ban could have dire consequences for South Korea’s tourism and retail industries, but also sends shockwaves throughout the region—where many countries, just like South Korea, have seen the enormous flows of Chinese tourists reorient both the tourism and retail sectors. It may even cause overall Chinese outbound tourism to drop for the first time.

The Terminal High Altitude Area Defense system, or THAAD, is a U.S. designed anti-ballistic missile system that detects and intercepts incoming ballistic missiles, and in the case of South Korea, it is intended to defend the country against potential attacks from North Korea. The system has been deployed at different sites in the United States and Guam, and deals have also been signed to sell it to countries in the Gulf.

Deployment of THAAD in South Korea has been in the works for months, and talks began under the Obama administration. Escalating rhetoric and a growing number of missile tests in North Korea during 2016 hurried the potential deployment, and a deal was struck in July 2016 to deploy the system.

What’s Lotte’s role in all of this?

One of the proposed deployment sites in South Korea was on a golf course owned by the South Korean conglomerate Lotte, which has major investments in China, as well as runs many businesses in South Korea that cater to Chinese travelers. Lotte was offered a land swap deal that would result in it giving up its golf course in exchange for another piece of land, a deal which it gave its final approval earlier this month. Being the only Korean company directly linked to the potential deployment of THAAD in South Korea, Lotte has been subject to intense criticism in Chinese media—as well as subject to business-related problems in China after it was revealed that it’s linked to THAAD through the potential land swap.

How is THAAD causing tourism to drop in South Korea?

The China National Tourism Administration, the government body responsible for Chinese tourism, has forbidden both online and offline travel agencies to sell trips to South Korea. The ban affects all types of Chinese tourism to South Korea, i.e., group travel, individual travel, and cruises. Some analysts have predicted that this will cause up to a 70 percent drop in Chinese arrivals.

What does it mean for South Korea?

South Korea has become a big beneficiary of the growth of global Chinese travel, and the popularity of its pop culture in China, as well as its geographic proximity to China, has made it one of the foremost destinations for Chinese tourists. In 2016, it was the second most visited international destination by Chinese tourists (not including Hong Kong and Macau). The result is that Chinese tourists are dominating the Korean tourism industry, and have accounted for almost half of all foreign visits to South Korea in recent years.

In addition to traditional tourism businesses, retail companies have also taken a beating in the stock market following the travel ban, as the number of Chinese customers at South Korean retail stores will be greatly reduced. For the travel retail sector, the ban is even more detrimental to the bottom line: according to the Korea Herald, Chinese customers account for 70 percent of South Korean duty-free stores annual revenue.

What will South Korea do now?

As the THAAD conflict is unfolding, South Korea is also caught up in the recent impeachment of former President Park Geun-hye. The country will hold presidential elections on May 9, and the deployment of THAAD and China’s retaliation are likely to be hot-button issues during the election campaign. The election could help reset South Korea’s China relations and tourism ties between the two countries.

Even before China imposed the travel ban, South Korea’s tourism authority, the Korea Tourism Organization, was making efforts to diversify the country’s tourism industry away from China. These efforts are likely to be accelerated under the current circumstances. South Korean tourism officials may also take the opportunity to look to the example of Taiwan, which faced tourism retaliation from China after the election of the independence-leaning Democratic Progressive Party’s presidential candidate Tsai Ing-wen. Despite a plunge in arrival numbers from China, Taiwan broke a new record in total arrivals in 2016—fueled by the growth in arrivals from Japan, South Korea, and Southeast Asian nations. Even if the travel ban gets lifted, China’s retaliation over THAAD makes it clear to South Korea that diversification of its tourism industry is paramount to future stability.

What does it mean for the rest of Asia?

As Jing Travel previously reported, the sudden and dramatic reduction of Chinese travel to South Korea could pose a threat to the overall growth of Chinese travel in 2017, but may also present an opportunity for other countries in the region to replace South Korea on Chinese travelers’ itineraries. Japan has already picked up some of the Chinese cruises originally bound for South Korea, and canceled flights are likely to be reinstated on other short-haul routes, i.e., between China and other Asian destinations.

China’s sudden travel ban also sends a strong message to countries in the region with a similar, Chinese-heavy, tourism mix to that of South Korea. While immensely profitable and a source of double-digit tourism growth, Chinese tourism also gives China substantial leverage that it, in the cases of both Taiwan in 2016 and South Korea in 2017, is not shy to use as both a carrot and stick in reaching its political goals. Even though many countries in the region are busy preparing for growing numbers of Chinese visitors, preparing contingency plans for a possible sudden drop in Chinese arrivals is also starting to look like something worth prioritizing. 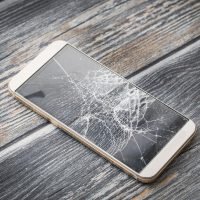 Death of the smartphone: what comes after?
Featured Articles of the Week
Contributor 2 weeks ago