As leaders argue, South Korea finds China is no longer an easy sell

All of that may be in jeopardy now. Consumer boycotts have hit Korean chain stores in China. K-pop shows there have been canceled. Just last week, the Chinese National Tourism Administration ordered regional travel agencies to halt sales of package tours to South Korea.

But even before China began lashing out at South Korea, the economic relationship between the industrial giants had started to shift. China is increasingly a competitor as much as a customer for South Korea. Chinese companies have improved product quality and can compete on price, both at home and abroad, in everything from complex components to cosmetics to smartphones.

“A key question is whether Korea is going to be able to make a shift away from a trade- and export-led growth model that brought them dramatic economic success,” said Mark W. Lippert, who recently left Seoul as the American ambassador to South Korea.

Chinese manufacturers have started to make the parts and components that South Korean companies have been selling into China, where factory workers assemble them into products destined for European or American consumers. This so-called intermediary trade currently accounts for about three-quarters of all of South Korea’s exports to China.

Chinese companies are also making more of their own consumer goods such as cars, phones and flat-panel television screens. Samsung, which commanded a 20 percent share of the Chinese cellphone market in 2012, now has only 6 percent, according to GfK, the market researcher. The top four best-selling cellphone brands in China, according to IDC, the technology research firm, are now made by Chinese companies.

Mr. Kim, of Beyond Cosmetics, says Chinese cosmetics manufacturers have wooed South Korean research employees with salaries that are three times higher than what his company can offer, in addition to benefits like housing and cars.

“Regardless of the industry, Korea has depended on China too much,” said Kang Seon-jou, professor of trade and economic studies at the Korea National Diplomatic Academy.

Beijing has protested South Korea’s agreement to host the missile defense system. That is affecting an effort by South Korea to reap more economic power from its popular culture. Several musical events featuring its performers in China have been canceled, and South Korean dramas have been pulled from Chinese online video services.

Lotte, a South Korean conglomerate that is providing land for the Thaad deployment, has reported that its online stores in China have been hacked and that half its China-based shops have been shut down for reported fire code violations.

Local merchants are experiencing what they say is a slowdown in tourist activity from China. Incheon officials – a port city less than 250 miles from the nearest port in China – said that this month, several large Chinese businesses that were planning to send thousands of employees to company workshops in the city canceled the visits. 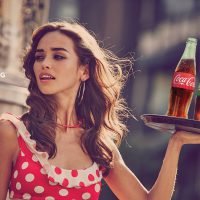 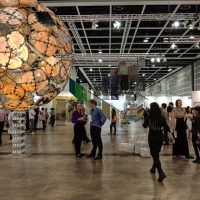