The San Francisco-based sustainable footwear brand Allbirds announced that it has launched in Korea.

According to the company, its sights have been set on the Korean market since the “early days” of its international expansion — particularly given its ties to the port city of Busan, where it makes its popular Wool Runner sneakers.

“We are excited to finally enter the Korean market and connect with our existing community here, further establishing Allbirds as an important sustainable fashion player in Asia. Allbirds’ mission to tread lighter on the planet has resonated with people far and wide — from Berlin to New York, to Los Angeles and Shanghai — and we’re delighted to share our purpose-led products and world-class level of care with our Korean customers,” said Head of International Sandeep Verma.

After launching Allbirds’ European operations in 2018, Verma led a team of 40 people in opening four locations in London, Berlin, and Amsterdam. He also oversaw the expansion of its e-commerce business to include 28 countries in Europe over the course of a year and a half.

When it debuted in 2016, the direct-to-consumer company — co-founded by Joey Zwillinger and Tim Brown — sold only one silhouette: the Wool Runner, which uses superfine merino wool from New Zealand. It has since expanded its product offerings to include water-repellent sneakers and running shoes. Last year, Allbirds announced that it was releasing a collection of socks made from Trino yarn derived from a blend of its hero materials, the Merino wool and tree fibers.

“The response we have received thus far has been beyond what we could have ever imagined when we first started this. Our customers understand this is about something bigger — doing our part as a private company to address the problem of our generation. We believe that our mission works better at scale, and we are thrilled to launch Allbirds in Korea, bringing sustainability to more wardrobes around the world,” Zwillinger said.

Today, Allbirds serves 35 countries and operates 21 brick-and-mortar units around the world. Its footwear has been worn by the likes of Barack Obama, Leonardo DiCaprio, Emma Watson and Jessica Alba. 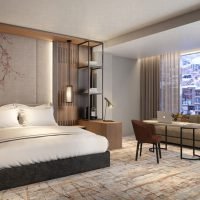 Higashiyama Niseko Village to open in Japan
Next Article 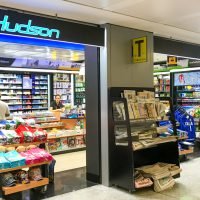