Who are the top sellers in Japan amid Covid-19?

Sales of summer goods have started to pick up amid the later-than-usual heat wave, with this year’s top sellers reflecting new habits adopted in response to the novel coronavirus pandemic and people’s tendency to spend more time at home to prevent infection.

The Matsuya Ginza department store in Chuo Ward, Tokyo, is enjoying brisk sales of sun umbrellas for men. In addition to men using such umbrellas more often, many women are choosing models designed for men because the larger size makes it easier to practice social distancing.

“A lot of customers want to use a sun umbrella to ease the breathing difficulties caused by wearing a mask,” a salesperson said.

At Loft daily goods stores, sales are strong of so-called “makeup keep spray,” which is sprayed on top of makeup to prevent it from coming off. Wearing masks has become a common practice, and makeup tends to come off easily when a mask rubs on a person’s skin.

In addition, sales of mainstay products that cool people off have doubled from last year.

Bic Camera Inc., the operator of a major electronics retail chain, said sales tripled in August of portable air conditioners that do not have to be installed by a technician. They are often used around desks while working at home.

At Cainz home improvement stores, many people are buying DIY goods for beginners, as they are spending more time at home.

Sales of ice cream and beverages are also growing. Asahi Soft Drinks Co. plans to increase production in August of its condensed Calpis drink, which consumers dilute with water, boosting its output by 40% from the previous year. Calpis is also popular as a syrup on shaved ice.

The Yomiuri Land amusement park, which straddles Inagi, Tokyo, and Kawasaki, Kanagawa Prefecture, has restricted the number of visitors to its swimming pool to about 30% of last year’s level. Usually the poolside area is crowded with tents but this year, tape has been put down to encourage visitors to keep their tents a sufficient distance from each other.

At Aeon supermarkets, sales of plastic swimming pools that can be used in home gardens and elsewhere have risen sharply from last year.

“We enhanced the selection of small pools, so that they could be set up in any garden,” an Aeon employee said. 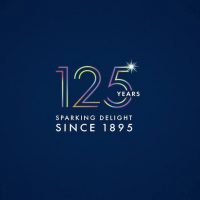 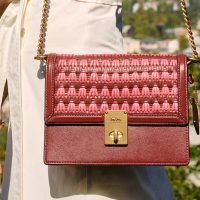