Walmart has teamed up with Rakuten for the US supermarket’s new delivery service to be rolled out across Japan in the latter half of 2018.

Dubbed ‘Rakuten Seiyu Netsuper’ (a play on Seiyu GK, which is the name of Walmart’s wholly owned Japanese unit), the new service allows orders to be place on Rakuten’s online marketplace.

According to a company statement, orders will be fulfilled by the new Walmart-Rakuten joint venture, with the opening of new warehouse to service orders, complementing the Seiyu stores.

Meanwhle, Walmart will sell Rakuten’s Kobo e-readers to US customers. The Kobo platform, created by a Canadian company that Rakuten bought in 2011, currently offers readers millions of titles.

Scott Hilton, chief revenue officer of Walmart’s e-commerce business, said in a blog post that the deal “enables us to quickly and efficiently launch a full e-book and audiobook catalog on Walmart.com.”

“We want to be the destination for customers no matter how they want to shop,” he wrote.

The competition between Walmart and Amazon has become increasingly fierce in recent years, as Walmart continues to struggle with stagnating international growth and has since been reassessing it strategies.

In 2016, Walmart made a similar distribution connection to the Rakuten one, but in China. At the time, the world’s largest supermarket sold its ownership of JD.com, the second largest Chinese e-commerce company, and picked up a 5% stake in JD.com instead.

More recently, the U.S. retailer shook up its international business in January, appointing a top executive to lead its overseas unit.

Judith McKenna replaced David Cheesewright in the position of president and chief executive officer of Walmart International, which includes more than 6,300 stores in 27 countries.

Moreover, Walmart is in talks to sell a stake in its Brazilian operations.

For its most recent financial quarter, Walmart record its strongest U.S. sales growth since 2009, despite sluggish demand and competition from Amazon.com. Online sales soared 50 percent, boosted by walmart.com, the retailer’s online grocery delivery service and the acquisition of e-commerce startup Jet.com last year. 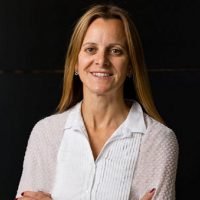