If realized, the sale could amount to around 300 billion to 500 billion yen ($2.7 billion to $4.5 billion), the Nikkei said, without citing its sources.

Walmart said it does not comment on market speculation.

A sale would be the latest exit by Walmart from a lower-growth market as it looks to shake up its overseas business and invest in places like China and India.

The world’s biggest retailer said last month it had sold an 80 percent stake in its Brazilian operations to private equity firm Advent International, exiting an underperforming business in its third major international deal since April.

In addition to competition from online retailers such as Amazon.com (AMZN.O), Japan’s supermarkets are being squeezed by chains such as convenience stores and discount drugstores in a sluggish consumption environment.

In January Walmart said it was launching an online grocery service with Rakuten Inc (4755.T), in what Rakuten CEO Hiroshi Mikitani said he hoped may be a precursor to greater global cooperation.

Walmart has struggled to replicate the success of its low-price model with Seiyu despite the introduction of an “everyday low price” pledge and frequent discounting.

Japanese supermarkets, with lots of workers preparing fresh food and high levels of customer service, are famous for their low margins and are proving a drag for many retailers.

Recent industry consolidation saw the creation of FamilyMart Uny Holdings Co Ltd (8028.T) in 2016, a deal that focused on expanding the number of FamilyMart convenience stores. Such stores have increasingly become a priority for retailers as a growth driver.

Japan’s supermarket industry has proved difficult for foreign retail giants, with exits by Tesco (TSCO.L) in 2011 and Carrefour (CARR.PA) in 2005. 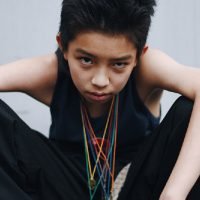 Who is Yoshi, the 14-year-old Japanese Instagram fashion star?
Next Article 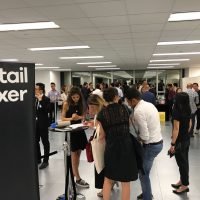