Japan’s Narita Airport is opening four new brand boutiques in the airport’s ‘5th Avenue’ shopping mall – after outbound passport control in Terminal 2 – including a Prada outlet, which is an airport first for Japan.

On 1 November, Chanel and Bottega Veneta opened their first boutiques at Narita Airport, followed by the opening of a Chanel fragrance & beauty store on 21 November.

The first Prada airport boutique in Japan is due to open in late December. These new shops will be directly operated by NAA Retailing Corporation.

As reported by TRBusiness Foreign Correspondent, David Hayes in the October issue of TRBusiness magazine, although NAA has seen travel retail sales weaken since April – when the Chinese government increased luxury goods import tariffs – the number of foreign passengers continues to grow at the airport.

So much so that NAA is targeting JPY150bn (US$1.5bn) in revenue for 2018 for duty free, tax free and restaurant sales combined.

As part of its ‘Innovative Narita 2018’ Mid-term Management Plan (to run from Fiscal 2016-2018), released in April this year, the NAA Group says it regards the coming three fiscal years as a period to improve competitiveness among other major Asian airports.

“Toward realising our vision for Narita Airport’s future, we will steadily but expeditiously work toward the targets of the following five strategic policies,” it says.

This includes expanding the Narita Fifth Avenue mall and duty free shops in Terminal 2. NAA will also renovate the food court area on the landside, on the fourth floor in Terminal 1. 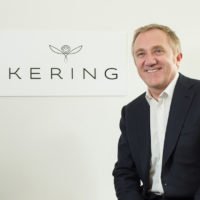 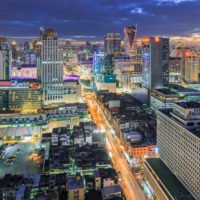