South Korean duty-free shop operators have pleaded with the Incheon International Airport Corp. to grant them temporary rent relief as they cannot afford the expensive space charges due to poor revenue from the plunge in Chinese tourists.

According to industry sources, the heads of the country’s major duty-free shops in Incheon International Airport met with the airport’s Chief Executive Chung Il-young to ask for a temporary cut in lease fees.

The face-to-face discussion came after two series of official statements from the operators regarding the rental payment failed to elicit a concrete response from the airport.

Their efforts to find common ground at the  meeting on Wednesday 20 August were also met with little success, according to sources.

The duty-free shops at Incheon airport have seen their losses snowball in recent months as the number of Chinese tourists to the country plummeted following Seoul’s decision to install the U.S. Terminal High Altitude Area Defense (THAAD) system on its soil.

Beijing, which views the missile system as a security risk, issued a ban on package tours to Korea earlier this year in retaliation against the deployment, souring business relations between the two neighbours.

Combined sales of the seven duty-free shop operators in Incheon International Airport peaked in the third quarter of 2016 at 520.7 billion won (US$463.2 million), but started to slide as China’s travel ban came into effect earlier this year, with their sales for the second quarter this year reduced to 487.1 billion won.

Despite the sales slump, the minimum guaranteed rent at one of the busiest airports in the world has been rising every year.

An official from Lotte Duty Free said its losses in the company’s stores at Incheon International Airport could top 200 billion won next year when considering the rise in patent rates.

Other shops are also expected to report losses of tens of billions of won. 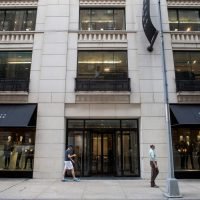 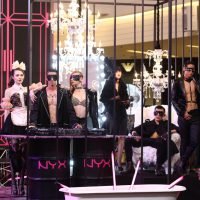