Japan’s retail sales growth slowed in July as shoppers spent less on fashion and cars, but economists remain optimistic that consumer spending will soon gather pace due to a tight labor market.

Tuesday 29 August 2017, separate data showed household spending unexpectedly fell in July, which has injected some caution into the debate about whether domestic demand can continue to drive growth.

Nonetheless, retail sales did grow for a ninth consecutive month in July, suggesting the underlying trend for consumption remains healthy.

“Retail sales can remain in gradual recovery, but it is difficult to maintain the high pace of growth seen earlier this year,” said Norio Miyagawa, senior economist at Mizuho Securities.

“The weather in August was not good. However, I’m not pessimistic because the labor market is tight.”

Retail sales rose 1.9 percent in July from a year ago, which was more than the median estimate for a 1.0 percent annual increase but still slower than a revised 2.2 percent increase in the year to May 2016.

Spending on clothes rose 3.5 percent in July from a year ago, which was slower than a 5.3 percent annual increase in June, data from the trade ministry showed on Wednesday.

Spending growth on cars also slowed to an annual 6.6 percent in July from 8.7 percent in the previous month. Demand for labor rose to the highest in 43-1/2 years in July, data showed on Tuesday, supporting optimism in the outlook for domestic demand.

North Korea’s launch of a missile over Japan in the early hours of Tuesday 29 August 2017 rattled financial markets and could start to weigh on Japan’s consumer sentiment if the standoff over its nuclear program worsens. 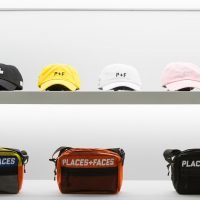