The Parisian label has its sights set on pushing its newest ‘it’ handbag – the Bazar Shopping Bag – onto the Japanese clientele.

The new Osaka pop-up shop will house the original Bazar Shopping from the latest collection, as well as holiday and resort versions. Also for sale are pouch and wallet versions of the bag.

The colourful tote bag, designed by Demna Gsvalia, featured in Balenciaga’s Autumn/Winter 2016 collection. The Bazar Shopping Bag — already a hit with fashionistas such as Pernille Teisbaek, the co-founder and creative director at Social Zoo Direct — is part of Gvsalia’s first accessory line since taking the helm of Balenciaga this year.

Despite being compared to a heavy-duty laundrette carryall, the Balenciaga accessory retails for a whopping £975 per unit and has been hailed a best-seller on major fashion e-platforms Net-a-Porter and MatchesFashion.com.

Balenciaga is known for ‘it’ bags, since the Arena handbag, designed by Nicholas Ghesquire over ten years ago.

The pop-up shop is located within a portion of the Hankyu department store in Osaka. It is open from now until the end of December. 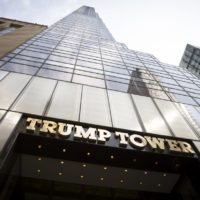 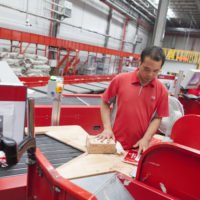