Apple is planning a new payments service for iPhone users in Japan that would let them pay for mass transit, according to a report from Bloomberg. The new technology can reportedly be used to pay for rides on buses and trains.

Apple already operates Apple Pay, a mobile payments service that works with iPhones and Apple Watches in the U.S., U.K., Switzerland, Canada, Australia, China, France, Hong Kong, and Singapore. But it has not yet been available in Japan.

Apple Pay lets users pay using their phones at retail stores equipped with point-of-sale registers supporting near-field communication (NFC) technology. People simply place their phones or watches near the point-of-sale sensors to make a payment without having to swipe a card.

SEE ALSO: Why Apple is taking a beating in India

Apple CEO Tim Cook said recently that according to retailers, Apple Pay now represents 75% of all contactless payments made in the U.S.

Apple’s new feature would enable a similar type of contactless transaction in Japan, but it will use a different technology that rivals NFC, called FeliCa, according to the report. FeliCa, which is developed by Sony, is to be integrated in future iPhones in Japan so people there can pay with their phones for mass transit rides including buses and trains.

With the chip integration, iPhone users can also store their transit passes on their phone and tap their phones to scanners on the bus and train, bypassing using a physical transit card.

One of the reasons why Apple is integrating FeliCa chips in Japan is because Sony’s technology is more popular there with 1.9 million payment terminals already using the technology, according to Bloomberg. 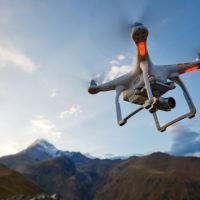 DJI to open flagship store for drones in Hong Kong