Japanese Prime Minister Shinzo Abe is poised to declare a state of emergency over the coronavirus, giving governors stronger legal authority to urge people to stay home and businesses to close, media reported.

In contrast to stringent lockdowns in some countries, mandating fines and arrests for non-compliance, enforcement will rely more on peer pressure and a deep-rooted Japanese tradition of respect for authority.

Under a law revised in March, the premier can declare a state of emergency if the disease poses a “grave danger” to lives and if its rapid spread could have a huge impact on the economy. The state of emergency could last up to two years, with a possible one-year extension.

Abe has come under growing pressure to make the declaration after a surge of virus infection cases in Tokyo and elsewhere. Restricting movement and businesses, however, would deal a heavy blow to an economy already struggling to cope with the virus outbreak.

“A balance of merits and demerits must be considered. There is no way that is 100% right,” Nobuhiko Okabe, director general of the Kawasaki City Institute of Public Health and a member of an expert panel advising Abe, told Reuters.

Some other experts, however, said the move would was already too late, since Tokyo was already seeing an explosive increase in cases.

Governors in hard-hit regions will have added authority to tell people to stay home, close schools and public facilities and ask businesses to close and cancel events.

The law allows for publishing names of entities that do not comply, but does not authorise arresting or fining individuals. The law also gives local authorities the power to direct the sale of essential supplies such as medicine and food and to request or order emergency transportation of specified goods.

Authorities can also expropriate land and buildings for medical facilities.

The government has designated certain industries such as utilities, transportation and public broadcaster NHK as “designated public institutions” that can be required to disseminate information and necessities in an emergency.

Japan has shied away from stronger enforcement steps in part because of memories of civil rights abuses during World War Two, and protection of such rights was enshrined in the U.S.-drafted post-war constitution.

“The (pre-war) Meiji Constitution had such powers and there were abuses. The current constitution is based on the idea that human rights should be respected,” said lawyer Koju Nagai.

Abe’s ruling party has previously called for a revision of the charter that would include a strong emergency powers clause that critics say would violate human rights, but any such amendment would be controversial and time-consuming.

Some governors have already asked residents to stay home on weekends, avoid crowds and work at home. That had some effect, but less than many experts said was needed.

Many residents of hotspot regions are likely to comply with new requests.

“The Japanese state is powerfully embedded in society and has tremendous power to mould through moral suasion that Western states do not have,” said Sophia University professor Koichi Nakano. 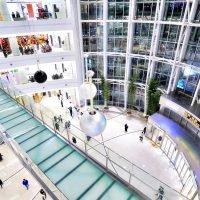 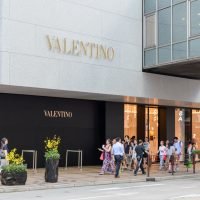