Three quarters of Korean conglomerates have introduced flexible working hours during the Covid-19 pandemic, and half of them plan to make the change permanent.

The results came in a survey conducted on Korea’s 500 largest companies — most of them conglomerate-owned affiliates — by the Korea Economic Research Institute (KERI), a research body under the business advocate group Federation of Korean Industries.

Seventy-five percent of surveyed companies said they were allowing flexible work patterns after the Covid-19 outbreak. Of those companies, 45.8 percent said they expanded existing policies, while 25 percent introduced new measures.

Even among the 25 percent of companies that are not currently allowing flexible working, 10 percent are considering doing so in the future.

Among those companies that adopted or expanded flexible working, 56.7 percent said the change showed positive results in both efficiency and productivity, with 51.1 percent planning to make the measures permanent.

Despite concerns that the Covid-19 pandemic would cause mass layoffs as the economic impact hit Korea’s biggest companies, the survey results suggest that among larger corporations, the shift has been in work culture rather than large-scale dismissals.

Thirty-nine percent of all participants said the biggest effect of the pandemic on the labor environment is the widening scope of work patterns. The reduction of jobs caused by the acceleration of digital technology in the workplace came second, with 25.1 percent of the vote. A smaller 18.4 percent said the pandemic would provoke reforms in labor laws to recognize flexible work patterns while 13.4 percent said it would push companies to reconsider their compensation or assessment standards.

“Covid-19 will motivate transformations in the domestic labor market from various perspectives. For companies, this is a time that calls for stronger cooperation with labor unions and active conversations with the government to establish flexible working hours and hire methods,” said KERI researcher Choo Kwang-ho. 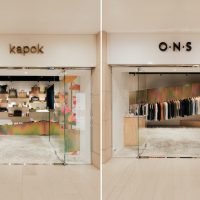