Incheon International Airport Corp. said that air travel could see a “reverse L-shaped recovery” as early as the second half of this year as the vaccine rollout speeds up in South Korea.

“We rely on data from various research institutes for financial forecasting. But from the strategic point of view as an operator of the airport, we expect the L-shaped recession to continue before the reverse L-shaped recovery,” said Kim Kyung-wook, the new president of IIAC, during his first media briefing since his appointment earlier this month.

“And this is the prediction model we need to be prepared for,” Kim added.

He also explained that the daily number of passengers has dropped by 96 percent from some 180,000 to some 7,000 after the pandemic and said the trend would continue until the coronavirus crisis begins to improve drastically, after which air travel would recover to pre-pandemic levels within three months.

The state-run airport, which opened in 2001 and replaced Gimpo Airport as the country’s main international airport, began making profit in 2004 but suffered an unprecedented loss of some US$377.82 million in net income in 2020 due to the pandemic.

The loss is on course to double this year, according to its current estimate.

Last year, the airport said it forgave US$682.4 million in airport fees and allowed the payment of US$345.6 million to be delayed. The figure includes some US$416.5 million in rent that was forgiven as the pandemic devastated the tourism sector.

The money spent on rent exemptions is set to grow this year as IIAC has pledged to provide further support to keep duty-free shops at the airport afloat this year.

Contracts with some of the major duty-free stores at the airport’s Terminal 1 come to an end later this month, including those with Lotte Duty Free and Shilla Duty Free.

To prevent job cuts, AIIC said it would allow other duty-free stores, including Shinsegae Duty Free and Grand Duty Free, to expand in size by as much as 100 percent.

The president added that keeping the duty-free stores open would help accommodate growing travel demand when the pandemic comes to an end. 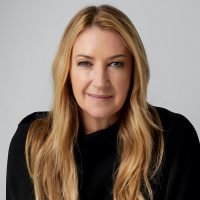 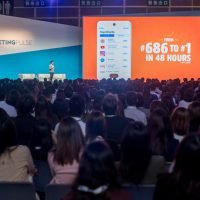 Do you know your Gen Z?