Incheon Airport Duty Free posted an all-time annual sales record of US$2.43 billion in 2019, smashing the previous high of US$2.37 billion set one year earlier.

The figures mean Incheon retains its position as the leading airport worldwide for duty free sales, ahead of Dubai (US$2.029 billion through Dubai Duty Free in 2019, as reported).

Incheon International Airport Corporation (IIAC) described the performance, up +2.7% year-on-year, as “outstanding,” noting that sales had been driven by increased passenger traffic and the introduction of arrivals duty free shopping on 31st May.

Sales growth though fell behind the passenger traffic increase. While Incheon’s official passenger volume results have not yet been released, traffic is believed to have risen by around +6% to around 71 million– Ed).

Cosmetics and fragrances collectively continued to be the biggest category with a 41% share and US$985 million in sales. Liquor & tobacco combined ranked second with US$542 million in sales, a 23% share.

IIAC noted that tobacco sales are set to be allowed in arrivals duty free from March 2020, which it said would boost the shopping offer. The corporation also noted the positive impact of multiple shop refurbishments and the introduction of luxury boutique and cosmetics flagship stores.

Looking forward, IIAC said that a series of new duty free concessions (about to be tendered -Ed), which commence in September, will boost the airport’s retail offer through improved shop layout and design and an enhanced product offering. 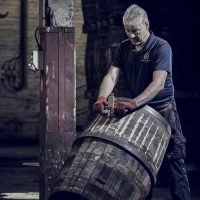