How is the cosmetic industry doing in Taiwan?

According to Taiwan’s Statistics Department of the Ministry of Economic Affairs, mask wearing has resulted in the decline of demand for cosmetics.

SEE ALSO : How did Taiwan do in August?

As Taiwan enters an aging society, the demand for medicines and medical supplies is growing. People are also paying more attention to beauty care, leading to steady growth in the sales of pharmaceuticals, medical and cosmetics retail industry, with an average annual growth of 3.2% in the past five years, which is better than the overall 1.2% of the retail industry.

However, due to the impact of the Covid-19 pandemic, people have reduced outdoor activities and are wearing more masks when outdoor, leading to the reduced demand for cosmetics, which has suppressed the performance of the drug and cosmetics retail industry. Compared with the same period last year, this year’s turnover has shown negative growth for four consecutive months since March.

Fortunately, in the second half of the year, as Taiwan’s epidemic improved, domestic consumption picked up, coupled with the launch of “triple stimulus vouchers” program to stimulate Taiwan’s economy amid the pandemic, the annual growth rate in July turned to a positive growth of 2.3%, and the growth rate increased to 4.1% in August.

Taiwan’s Census and Statistics Department observed that due to the booming online shopping platforms in recent years and the pandemic, cosmetic companies have actively expanded their online presence.

From January to June 2020, 5.1% of the cosmetic retail sales were through e-commerce, an increase of 1.1% compared to 2019. Online sales is US$164 million, an increase of 27.2% over the same period last year, better than the annual performance of physical stores, which decreased by 3.6%, and also higher than the overall online retail industry sales growth rate of 17.5%.

In addition, according to statistics, as of the end of August this year, Watsons had the largest number of chain stores in Taiwan with 588 stores, followed by Cosmed with 386 stores, MedFirst with 267 stores, and Poya with 246 stores. The overall number of cosmetic retail channels increased by 65 stores compared with the end of 2019. It is suggested that in the highly competitive cosmetic market, some companies have adopted a rapid-store expansion approach to increase market share. 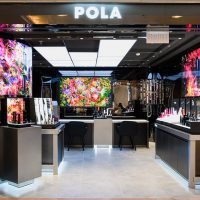 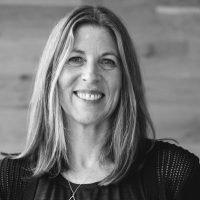