How did Haagen-Dazs in Taiwan get 37k followers in just 13 days?

After the event, only 10% of the users blocked the account once they got the vouchers, while 90% is still keen in getting the brand’s news. In addition to the success in advertising the new product, the customer data collected became the basis for establishing future customer relationship, allowing Haagen-Dazs to gain loyal fans.

Drumstick ice-cream collection is the new product promoted by Haagen-Dazs in Taiwan this summer. Before launching the product into the markets, the headquarters sent out a global consumer satisfaction test.

The analysis showed that compared with other ice-cream products, the age group of drumstick ice-cream consumers is relatively younger. Therefore, Haagen-Dazs decided to reach out to its consumers through online marketing.

However, Cui Weijie, the marketing director has pointed out a dilemma. Most of the ice-cream products are in offline retail channels, such as supermarkets, department stores, and supermarkets. “It is difficult to link consumers’ offline behavior with online resources,” she said.

It is not easy to achieve accurate retail and subsequent customer operations.
Therefore, Haagen-Dazs collaborated with LINE to send drumstick ice-cream vouchers through its newly launched marketing tool, and also through this opportunity, to create Haagen-Dazs’s offical LINE account.

Haagen-Dazs put up advertisements in the MRT station and LINE to attract consumers to fill out the questionnaire to enter voucher drawing. Lucky drawers will receive a free voucher to try out the drumstick ice-cream and will automatically become friends with Haagen-Dazs’s LINE account.

“In the first week, the commerce channels were out of stock and they had to contact the headquarters to immediately refill stock. The sales performance was three times better than expected,” Cui Weijie recalled the time when vanilla caramel crispy drumstick ice-cream was first launched in the market.

She jokingly said “ If it was not out of stock, the sales would have been even better.”

The age demographic of the participants in the drawing is between 20 to 39 years old, which happens to be Haagen-Dazs’s main target demographic customer.

This is not the first time Haagen-Dazs has partnered up with Line, Cui Yujie said. Haagen-Dazs would often directly buy advertising services from LINE and collaborate with Line to organize gift drawing events.

“Although there are many people participating in the event, there is no channel for secondary communication that can connect the journey between us and the consumers,” Cui YJie said.

In the case of Haagen-Dazs, through the collection of questionnaires, it is able to determine the user’s preferences. The next time Haagen-Dazs launches new products, it is able to precisely deliver what its target customers want. Cui said that they already have their own set of CRM system, the next step will be to expand their resources and eventually, focus their marketing strategy on social media.

Collecting data is the key in maintaining a relationship

Hong Yiqun, director of advertising products at LINE Enterprise Solutions, pointed out that although one-time promotional events can attract many participants, they are not able to establish relationships with consumers.

Hong Yiqun believes that only by understanding the behaviors of offline users can a business succeed in online marketing. Line’s newest marketing tool, which was introduced by Japan this year, allows businesses to send out product samples to users in a lottery drawing manner. 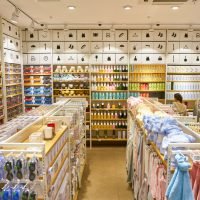 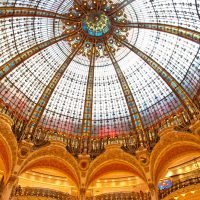