Hotel Shilla, which operates luxury hotels and duty-free shops, expands its hotel business this year by opening new facilities at home and abroad in a bid to reduce its reliance on duty-free sales, and strengthen its presence overseas, company officials said.

The company’s premium business hotel brand, Shilla Stay, which targets business and economy travelers, will open a new location in Samseong-dong in the Gangnam District on 1st April.

The new hotel is the Shilla Stay’s 12th location in Korea and is ready to welcome business travelers who visit Samseong-dong that hosts a number of meetings, conferences and exhibitions.

The new hotel will introduce comfort leisure rooms equipped with 65-inch televisions, game console devices and sound bars to offer guests a variety of entertainment experiences. It has placed the front desk and lobby area on the top floor so those checking in can begin their stay at the hotel with a breathtaking view of the busy Gangnam District.

The hotel, which is within a one-minute walk of Samseong Station, is near key business locations including the World Trade Center Seoul and the COEX Convention & Exhibition Center. It is also closed to the City Air Terminal, making it easier for guests to move to Incheon and Gimpo international airports.

“Various projects for the development of transport infrastructure in the area, including the construction of the Great Train Express (GTX) lines, are being carried out. This will bring about a huge floating population and will lead to increasing demand for the hotel in the long term,” a Hotel Shilla official said.

Samsung’s hotel and duty-free business arm, which currently operates two brands ― the luxury The Shilla and the Shilla Stay ― is also actively expanding its brand abroad, planning to launch a new brand in Vietnam.

The Shilla Monogram Da Nang is scheduled to open in March at the earliest, the firm said. The new hotel under its brand-new name will be a nine-floor building with 300 rooms with balconies, located on Non Nuoc Beach in Da Nang.

The company is also planning to open a new 200-room hotel at San Jose in Silicon Valley under its Shilla Stay brand within the first half of next year.”Starting with Da Nang, we will redouble our efforts to expand our brands to Bali in Indonesia, Hanoi in Vietnam and other countries,” the company official said.

Lee is the eldest daughter of Samsung Group Chairman Lee Kun-hee. The company said the hanok hotel, which will be built next to its flagship Shilla Hotel Seoul, is expected to open as early as 2025, being set to become the first hanok hotel in Seoul operated by a large company.

The hanok property will be a two-story building with three basement levels. Along with the property, a duty free shop with two stories above ground and four underground levels as well as two levels of basement parking will also be built.

Hotel Shilla is focusing on expanding its hotel business in a move to diversify sources of revenue to reduce its heavy reliance on duty-free sales.

The company reported 295.9 billion won (US$249 million) in operating profits in the fourth quarter of last year, and of this, 267.2 billion won, or 90.3 percent, was from its duty-free business. The hotel business’ contribution to the profits was only 9.7 percent.

However, its duty-free business, which mainly caters to Chinese visitors, is highly susceptible to internal and external variables. For instance, the company was forced to shut down its two duty-free stores in central Seoul and on the southern resort island of Jeju for five days from Feb. 2 after people infected with the new coronavirus visited them.

The company was believed to have lost more than 50 billion won due to the shutdown of the two outlets. “The outbreak of the new coronavirus has adversely affected the business environment for duty-free stores,” Shinyoung Securities analyst Seo Jeong-yeon said. 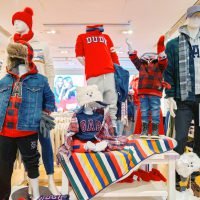