Hong Kong to roll out measures to safeguard jobs

Hong Kong authorities will soon roll out relief measures to safeguard the jobs of grass roots workers, the city’s leader has said.

But Lam said that the government must strike a balance between achieving social distancing and ensuring the normal functioning of society. That was why horse races were allowed to continue, she said.

The Jockey Club earlier announced horse races would continue mainly for horse owners, trainers and jockeys, and that the public would not be allowed to enter the racecourse.

Speaking in a weekly media briefing, Lam said she had been discussing with business representatives how the government could help in safeguarding employment in industries affected by the pandemic.

“[Industry] bosses who met me hoped that they could still keep their staff employed, especially in businesses seriously affected by social-distancing measures. We have heard them clearly and our measures will cover this,” she said.

In February, the first round of HK$30 billion (US$3.9 billion) anti-epidemic fund was unveiled to provide relief to hard-hit businesses.

On social-distancing measures, Lam said authorities would not hesitate to take stricter measures if verbal warnings did not work and more than four people continued to gather in public places.

Some residents have been slapped with fines for violating the ban on gatherings. This included six men each of whom were ordered to pay HK$2,000 after authorities found them playing chess outdoors in Kwai Chung.

Some of the restrictions, including a forced closure of public entertainment venues, are set to be lifted from the next week.

On whether the bans would be extended, Lam said the government would try to strike a balance between achieving social distancing, protecting the economy, and ensuring the normal functioning of society, when taking decisions.

Citing an article written by Gabriel Leung, dean of medicine at the University of Hong Kong, Lam said: “A society cannot stand extreme forms of measures against the virus in the long term.”

She said this was why horse races had been given an exemption under the prohibition on public gatherings and not all eateries were forced to close despite calls to shut down all non-essential businesses temporarily.

“There will be no public galleries. There will be very stringent requirements before horse racing could continue,” she said.

Leung in his article also proposed that a formal framework should be set up for governments to collect data on the real-time reproduction rate of the coronavirus. Based on the figures, officials could assess whether, and how, their health systems could deal with the outbreak, and whether people could cope with the disruption of the economy, he said. 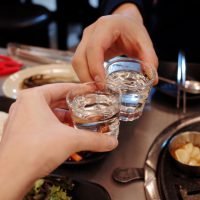 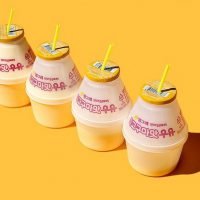