Hong Kong retail up in September despite massive growth slowdown

According to industry figures released on November 1, the September uptick is the smallest annual gain in Hong Kong retail sales since June 2017.

The Census and Statistics Department (CENSTAD) attributed the slowdown to two factors, with the first being the temporary drag on inbound tourism from typhoon Mangkhut.

Looking at the results closer by category, September food, alcoholic drinks and tobacco retail sales fell 0.8%, compared to an increase of 2.4% in August.

Hong Kong fuel sales were down 2.9%, widening in terms of loss, compared to a 0.6% decline in the month prior.

Hong Kong’s clothing and footwear retail sales figures fell a whopping 6.5%, compared to 3.4% in August, with growth stalling in September at department stores, up 1.1% compared to 11% in August.

Likewise, jewellery, watches and clocks gained 5.3%, but proved to be a soft growth result, compared to the 22% lift last month.

But not all categories in September underperformed.

Retail sales at supermarkets swung to a 0.6% increase, compared to a decrease of 3.4%, while consumer durable goods gained 3.3% compared to 2.1% last month.

Based on seasonally adjusted data, retail sales decreased by 3% in the third quarter, compared to the second quarter.

Hong Kong retail sales have been on annual upward trajectory since 2005.

The lowest recorded result was an 18.5% downswing in February 2016. 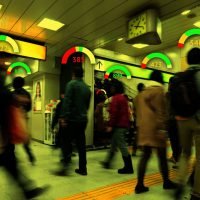 What is China's "Social credit score" ?
Next Article 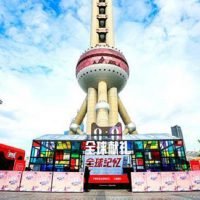