The US government has escalated its travel advisory to Hong Kong following weeks of social unrest in the city.

The travel alert coincided with a surprise move by protesters who cancelled a major rally planned at a popular Tsim Sha Tsui shopping centre that evening.

The US Department of State raised its travel advisory on the city to level two, asking the public to “exercise increased caution in Hong Kong due to civil unrest.” It puts the city on the same level as mainland China, Britain, and Sri Lanka.

It said several large scale and smaller political demonstrations had taken place in various areas of Hong Kong since June. While most had been peaceful, some have “turned confrontational or resulted in violent clashes”. The protests were triggered by the now-shelved extradition bill.

“The protests and confrontations have spilled over into neighbourhoods other than those where police have permitted marches or rallies. These demonstrations, which can take place with little or no notice, are likely to continue,” the department said.

It advised US citizens travelling to Hong Kong to monitor local media for updates, avoid areas of the demonstrations and exercise caution if they were in the vicinity of large gatherings or protests.

The Australian government also raised its advice level for Hong Kong, warning its citizens in the city to “exercise a high degree of caution”.

Meanwhile, a protest organised online, originally to be held on Thursday night in Harbour City, a major shopping centre and tourist attraction in Tsim Sha Tsui, was called off by its organiser.

The event wanted people to swamp the mall and temporarily halt business, without causing damage. The event’s organiser said it hoped to exert pressure on major companies to speak up by hurting their businesses.

The organiser sent a message on instant messaging app Telegram, at around 12.30am on Thursday, saying they had decided to cancel the rally after receiving views from various internet users.

“Apart from suggestions from the others, [the event has been cancelled] because Harbour City has made clear its stance on how to handle police,” the post stated.

A notice from the shopping centre, owned by Wharf Real Estate Investment Company Limited, was spotted at an entrance in the facility, which requested police not to go into the mall unless there were crimes committed.

“We will do our best to ensure customers’ safety in the mall. Police, please do not enter unless crimes happen,” the notice read.

A similar notice was also seen in Times Square in Causeway Bay, another shopping centre managed by Wharf.

But views were split among internet users on the decision.

“I will go no matter what. We need to tell mainland Chinese about the unrighteousness in Hong Kong peacefully,” one responded on online forum LIHKG.

Another said they supported the decision after seeing lots of discussion on social media on not supporting the protest in the mall.

Some suggested going to shopping malls run by Sun Hung Kai Properties, such as New Town Plaza in Sha Tin where violent clashes between protesters and police took place in July. 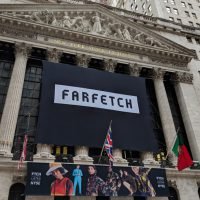 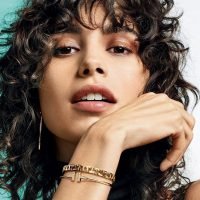