French luxury maison Hermès has opened a new Tokyo flagship, the first standalone from the Parisian brand to open in the Japanese capital since it opened its Ginza flagship in 2001.

Located along Tokyo’s Omotesando shopping strip, the new Hermès flagship forms part of the Jingumae Ota Building and spans 488 square feet over two floors. Designed by Parisian studio RDAI, the design firm which also built Hermès’ Ginza store, the Omotesando location incorporates the historic stone wall of one of the area’s most notable buildings and was designed to evoke aspects of Japanese nature and culture, according to an article by Dezeen.

Instead of traditional window displays, Hermès Omotesando boasts a façade made up of floor-to-ceiling copper-coloured stainless steel. The look feels modern with the purpose of adding “depth and light to the exterior, just as light and shadows intermingle in a bamboo grove,” according a statement from Hermès.

Within the patterned cladding, small window displays can be seen, next to lighting that makes the the stonework at night. Inside, the retail floors are made from green stone in two- tones and set in a way that riffs on traditional Japanese tatami mats. Light wooden panels are used throughout and feature on the walls, some with multi-toned bamboo
marquetry, with wooden cabinet displays and shelving that wraps around the building’s large concrete columns; the light wood adding a softness and brightness to the store.

Access to both floors is possible via a statement staircase, with the column shapes sent to mimic “tree branches, while the stairs call to mind pale green stepping stones,” Hermès added.

Hanging above the staircase is a suspended bamboo sculpture by Japanese artist Shoryu Honda, that reflects clouds and the Moebius strip.

The new store opening comes on the back of a stellar financial quarter for the Paris house. In its most recent trading update issued on 19th February, Hermès said sales recovered sharply in the final part of 2020 thanks to a strong performance in Asia and soaring online revenues. 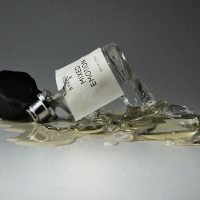 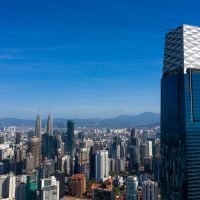