One of Taiwan’s most popular local fast-food chicken restaurants, TKK Fried Chicken, founded in 1974, is expanding business operations in the United States this year, with new stores announced in four states so far.

According to the TKK Fried Chicken website, there are new locations planned in Philadelphia, Pennsylvania, Quincy, Massachusetts, Cherry Hill, New Jersey, and Richardson, Texas in the coming year.

The restaurant, in cooperation with the popular Kung Fu Tea Company, already has one location in New York City’s Flatiron neighborhood which opened in December of 2018.

In addition to the regular friend chicken menu and bubble tea offerings from Kung Fu Tea, the NYC location also serves wine and beer along with several other special additions to the American menu not found in Taiwanese menu.

Besides the store in NYC, which has been popular with customers, the only other two stores outside of Taiwan are both located in Shanghai, according to Eater.

According to the company’s website, they are now seeking franchise partners in the U.S., which likely means more states can look forward to taste Taiwanese style fried chicken soon. 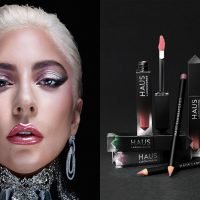