If you’re a fan of indulging in a bit of retail therapy then it seems a trip to Macau could be well worth your time. The recent opening of two mega-resorts in the casino city has brought with it enough new retail space, that if you were to visit it all, you’d probably need until Christmas.

Both the US$4.2 billion Wynn Palace and the newly opened US$2.7 billion Parisian Macao bring with them 18,580 square meters and 28,000 square metres, respectively, of luxury retail space. Together that’s over 200 shops offering the latest in haute couture, luxury accessories, jewellery and timepieces.

Among the new openings, watchmaker Omega has opened its new corporate boutique in Studio City Macau while Christian Dior has its first boutique in the City of Dreams Macau.

The all-new Wynn Cotai Palace also welcomes luxury brands such as Chanel, Hermès and Chopard, with renowned watchmaker Franck Muller launching the Vanguard Wynn Palace Boutique Exclusive in celebration of its third opening in the city. Similarly, luxury watch brand Panerai has also opened a new boutique inside Wynn Palace, which too is their third in the city.

Elsewhere, at the newest resort on the Cotai Strip, The Parisian Macao, over 150 luxury and lifestyle retail boutiques are set to form what will be known as the Shoppes at Parisian.

To mark the opening of the Shoppes at Parisian, The Parisian Macao is set to host an exclusive designer runway show, Front Row, on Wednesday Sept. 14 at 7pm. The event will showcase exclusive crystal looks from Swarovski, and runway shows from selected retailers with celebrity guests including Xiao Wen, the first Chinese fashion model and current face of Marc Jacobs.

The celebrations will continue on from Sept. 15 to 16, when shoppers will be able to see runway shows from selected retailers as part of the official launch events. 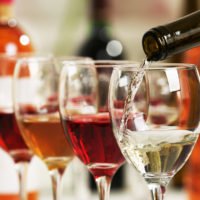 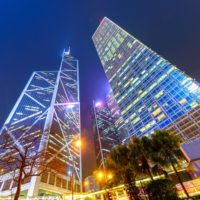