Chen and his wife, from Guangdong province in southern China, didn’t go near a gaming table during their four-day vacation in Macau last week. Instead, they entertained their 3-year-old son at the fun zone in Melco Crown Entertainment Ltd.’s Studio City, took in a magic show and rode on the resort’s Ferris wheel.

Macau’s about-face appeal to families instead of its traditional base of high-stakes gamblers is showing signs of paying off.

The number of visitors from China rose 6.9 percent to 970,000 during the National Day holiday from October 1 to 7 known as Golden Week. That’s the most tourists from the country in at least 10 years.

“With the roll out of non-casino attractions, more non-gamblers will be attracted to these leisure places,” said Catherine Lim, a retail analyst for Bloomberg Intelligence.

The increase in Golden Week visitors is slower than the growth two years ago, when Macau’s casino industry came off a record year in gaming revenue.

Yet it helps support the city’s efforts to reinvent itself as it comes under pressure from China’s central government to scale back from gambling.

The Golden Week numbers are another positive sign for Macau after the casino industry posted a second month of higher gaming revenue in September.

Macau, the only place in China where casinos are legal, saw gambling receipts plunge for 26 straight months amid Xi’s crackdown on corruption, which prompted high-stakes bettors to avoid the city.

Still, Macau faces intensifying challenges from travel destinations in Asia and further afield, as countries court China’s gamblers as well as its shoppers.

South Korea and the Philippines have been opening new casinos targeting Chinese high-stakes players, while Singapore came up with its own version of Golden Week that offers retail discounts and free limousine rides.

The number of Chinese who traveled during the National Day holiday rose 13 percent from a year ago to 593 million visitors, the China National Tourism Administration said on its website. 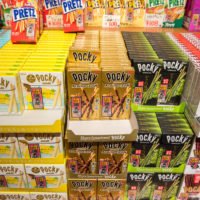 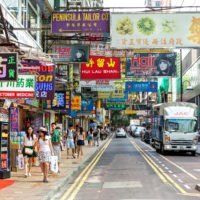