Chinese millennials with increasing purchasing power have become the most important consumer group for luxury brands. Chinese millennials yearn for freedom and diversity. One area that showcases this mentality is their interest in exploring blurred gender roles.

A gender-neutral look empowers them to challenge conventional views on femininity and masculinity. Some luxury brands have successfully made use of this mentality through working with androgynous-looking brand ambassadors.

For example, SK-II recently hired young singer Dou Jingtong to be the brand ambassador, while Gucci chose pop star Chris Lee as the newest face of the brand. Both stars have an androgynous look, whose tomboy style is indicative of less-restrictive gender roles.

Appointing Dou and Lee as brand ambassadors allow SK-II and Gucci to explore the concept of gender, as well as femininity and masculinity, offering socially and culturally outspoken Chinese millennials a chance to express their views when they consume products.

However, many experts suggest that in order to truly resonate with Chinese millennials, brands should reach beyond the aspect of gender to understand what this trend of blurring gender roles truly indicates about Chinese millennial consumers’ inner desire.

“In crafting an effective brand strategy that is gender ambiguous, marketers should begin by sketching out a brand muse: a personification of the brand where the company’s values meet the consumer’s aspirations—aspirations that are not limited to gender,” said Ruth Bernstein, co-founder and chief strategic officer at Yard in an interview with Adweek.

“A brand muse takes you beyond a demographic to create gender-neutral marketing. It allows marketers to develop a voice that resonates with an entire lifestyle rather than being confined to the limitations of gender,” she advised.

Louis Houdart, Founder and Global Director of the branding agency Creative Capital, believes that the emergence of such phenomena is representative of something deeper — young Chinese millennial consumers’ demand for diverse lifestyles.

When announcing Dou as its new ambassador, SK-II noted, “she grew up in the spotlight, but enjoys writing music to reinforce her authentic self.”

Dou Jingtong is the daughter of Chinese pop diva Faye Wong and the rock veteran Dou Wei. Growing up in a musical family, Dou has developed her own personality that speaks through her music and style. Dazed named her as China’s next pop prodigy.

Pop star Chris Lee is considered the mother of the unisex look in modern Chinese society. She became famous after winning the 2005 reality singing TV show called Super Girl’s Voice. The show boasted an audience of 400 million during the finale, and over 8 million viewers selected Lee to be the winner. Her androgynous look, loose jeans, button-down T-shirt, and no makeup were sensational in China at the time. The New York Times referred to her as representing “almost the antithesis of the assembly-line beauties regularly offered up on the government’s China Central Television.”

Since then, her natural androgynous aesthetic has been a source of inspiration for many luxury brands, namely Versace and Tiffany & Co. Despite all sorts of social buzz, Lee stays quiet on social media.

The singer has more than 5 million followers on Weibo, but her last update was back in 2013. In the meantime, she has continued to receive international acclaim and in 2013 she won the MTV Europe Music Award for Best Worldwide Act.

Even though Lee and Dou are 13 years apart, they share not only a similar gender-neutral style but also an authentic personality. Dou creates her own music to break free from the spotlight around her celebrity family; Lee continues to stay low-profile while focusing on her own career. Though it is debatable to what extent public images are manufactured by local media, the qualities they present have won many Chinese millennials’ hearts.

While brands look to express a sense of freedom and authenticity in their marketing campaigns, experts warn they should be careful with pushing the envelope in China. Gender norms are still a sensitive topic in Chinese society, it’s unlikely to be something the Chinese government is comfortable with. Innovate or die
Next Article 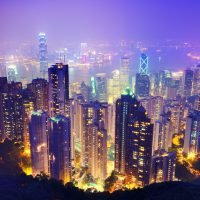