The most expensive place to rent an office in the world

Central, Hong Kong’s frenetic business and retail heart, crammed with skyscrapers, swanky malls and luxury hotels, is the most expensive district for renting office around the world.

Although the office rent in Hong Kong’s Central district is already the world’s most expensive, and there are more and more companies moving out of the city centre to cheaper locations, prices are likely to remain sky high, or even higher.

Hong Kong is the key financial centre in Asia, and Central is still the most important financial district in the city. Thus, the office rent in Central district is predicted to increase continuously.

According to Raymond Chow, the Executive Director for Commercial Property at Hongkong Land, Central’s largest office landlord, “Central is still the home to the city’s most influential institutions, such as the Securities and Futures Commission, The Stock Exchange of Hong Kong and Hong Kong Monetary Authority, the connectivity of Central remains a magnet for leading players” he added,  “It is in a way that other districts cannot compare.”

In June 2018, Central was ranked the most expensive office location in the world for the third year by global commercial real estate firm CBRE, thanks to the strong demand from mainland tenants, who would like to expand their business outside China and seeking Grade A office space.

Office space in Central now costs USD $306 per square foot, 30 per cent higher than the second highest area, London’s West End, at US$235 per square foot.

Of the top 10 most expensive premium rental locations, six were in Asia, including Shenzhen, Beijing, Tokyo, and Delhi.

JD.com has just marked a breakthrough for drone delivery in Southeast Asia
Next Article 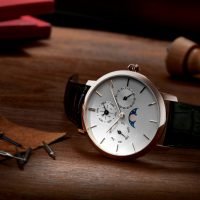