To gauge how much the Hong Kong shopping experience is changing, take a walk through Pacific Place mall.

Burberry Group Plc has shrunk its store and the space now also houses a Pure yoga studio and juice bar. Coach Inc. has been replaced by a tea company. Some of Louis Vuitton’s space has given way to a Southern California-style bar and restaurant.

Gone are the days when Chinese would queue up to get inside Prada, Gucci and Tiffany, and leave laden with luxury handbags and watches.

The wealthiest now travel further afield, and even those who visit Hong Kong are cutting back. Average spending per overnight visitor, of whom three quarters come from China, dropped 8.8 percent in the island city in 2016.

Luxury goods have been the hardest hit, with August 2017 sales less than a third of their April peak in 2013 before China cracked down on conspicuous consumption.

Buying habits of Chinese shoppers have also evolved, as they have become more comfortable buying luxury brands at home, or online, and have become more price sensitive when shopping abroad. This is having an impact on the $390 billion global luxury goods market and nowhere is it being felt more than at Hong Kong’s malls.

Since the downturn, Pacific Place owner Swire Properties Ltd. has refreshed its tenant mix to cater to changing spending habits and woo new visitors. It has signed 30 new tenants and doubled the number of food and beverage outlets in the past 18 months.

Other landlords, including Wharf Holdings Ltd. and Hysan Development Co., are also including more lifestyle and food outlets.

Still, as visitor arrivals and retail sales start to rebound, there’s limited upside for Hong Kong’s landlords, said Patrick Wong, Bloomberg Intelligence property analyst in Hong Kong. “Receipts might be stable and resilient, but if things turn better, they may not be able to capture the growth there,” he said.

For mall owners, broadening their mix of tenants is helping blunt the negative impact of lower retail sales, although a return to the heady times looks unlikely.

No matter how many cups of cold brew Starbucks sells, or shoes Nike flogs, they won’t be enough to offset the drop in sales of $10,000 handbags and glittering diamond necklaces. Landlords earn less through the portion of receipts tenants must share with them, and they’ve had to drop base rents for new tenants as well.

Swire says things would have been worse if it had left things as they were. “The revamp of our tenant mix has put us in a strong position for 2017, especially with sales at our mall improving since mid-2016, even amidst a very challenging retail market,” Fiona Shiu, general manager of Pacific Place said in an email.

Pacific Place mall has posted sales growth in the first two quarters of 2017. Traffic has been encouraging, with increased car park use, it said. “We are confident that this positive trend will continue,” said Shiu.

While Burberry, Diane von Furstenburg Studio LP and LVMH Moet Hennessy Louis Vuitton have decreased the size of their stores in Pacific Place, they aren’t pulling out altogether. Coach, which no longer has an outlet in the mall, said it is investing to renovate its Hong Kong locations and remains committed to the market.

“It’s a cycle, luxury brands won’t abandon Hong Kong, they will reduce the number of their stores,” said Nicholas Bradstreet, a managing director at Savills Plc in Hong Kong. “Hong Kong has always been very resilient, but there is a caveat, it is not going to bounce back to the heyday of 2013.”

In 2016, the average Chinese tourist traveling overseas spent about 17 percent less on shopping, but more on leisure and entertainment, according to the consultancy Oliver Wyman.

Hong Kong isn’t the only Asian city where things are evolving. Mall operators in Singapore have turned to unique lifestyle or dining concepts to stand out in a competitive landscape.

SEE ALSO : Commitment and passion are the keys to engage Hong Kong Millennials

The proportion of food and beverage tenants in Singapore malls has doubled to 40 percent in the last 10 years, according to Desmond Sim, head of research for Singapore and Southeast Asia at real-estate services firm CBRE Ltd.

Burberry has renegotiated leases and is keeping a tight control on all operating expenses, the company’s then chief executive officer Christopher Bailey said in November 2016.

For Pure, whose owners are said to be seeking to sell a controlling stake in the gym chain, the new high-profile location in Hong Kong is a bonus.

“Having Pure Yoga Pacific Place in the prime space of Hong Kong’s premium lifestyle and shopping destination, alongside luxury brands such as Prada, Hermes and Louis Vuitton, is testament to the increased significance of health and wellness in the city,” the company said. 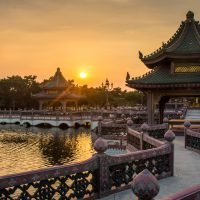 Where do the UHNWI live in China?
Next Article 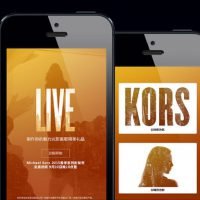