Hong Kong’s retailers and mall operators are crossing their fingers in the hope that the signs of recovery in tourist arrivals and the return of spending aren’t flashes in the pan.

Jewellers like Chow Tai Fook and retailers are reporting that the pace of their sales declines have slowed, indicating that the struggling industry may have finally found a bottom.

Hong Kong used to be the favourite shopping destination for mainland Chinese tourists, lured to the city by its wide selection of tax-free brands and cheaper currency.

Retail sales dwindled since 2014 amid Beijing’s anti-corruption campaign started a year earlier, local backlash against the hordes of mainland tourists thronging Hong Kong malls and the strength of the Hong Kong dollar.

As tourist numbers started to recover in the past few months, mall developers and clothes vendors are becoming more optimistic towards their profit prospects.

Wharf Holdings, the city’s biggest mall operator, said tenants’ 2016 sales decline at Harbour City slowed to 10 per cent at HK$27.7 billion, compared with the 15 per cent first-half slump. At Times Square in Causeway Bay, the sales drop narrowed to 11 per cent, from 16 per cent over the same period.

The Sogo department store in Causeway Bay, which contributes to 87 per cent of the revenue of Hong Kong-listed Lifestyle International, said its sales decline slowed in the second half.

Samsonite International, the world’s largest luggage maker, said its Hong Kong sales drop narrowed to 7 per cent in the second half of 2016 from the 16 per cent decline in the first half, adding the market has shown “early signs of stabilising”.

Analysts largely agree with the cautiously optimistic view, citing a recovery in inbound tourism and improving consumer sentiment in the mainland.

Mainland visitor numbers grew 6.1 per cent in December and 7.7 per cent in January, compared with a 6.7 per cent drop in the entire year of 2016.

The city’s retailers can also benefit from a wealth effect caused by rising property price in the mainland – meaning consumers spend more because of a strong sense of financial security, analysts said. However, some warned that mainland tourists who opt for Hong Kong are no longer the wealthiest batch, and a weaker yuan means they are not able to buy as much as they used to.

“The spending power per head for mainland Chinese tourists is decreasing,” Walter Woo, an analyst with China Merchant Bank, said. “But I’m still quite positive on the Hong Kong retail segment because the traffic has been rising.” 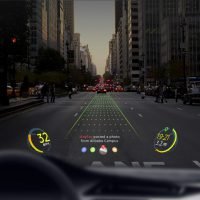 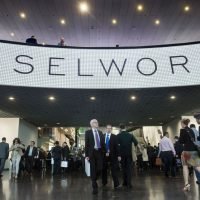